How can we make Ireland’s roads safer? 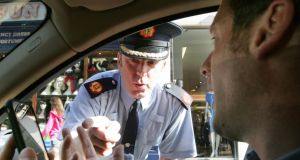 After years of success in making our roads safer, the number of traffic-related deaths has been on the rise in recent years.

A total of 196 people died on our roads last year, a 20 per cent increase on 2012, when fatalities reached their lowest level in decades.

An analysis by The Irish Times of collision figures, based on data supplied by the Road Safety Authority (RSA) and the National Roads Authority (NRA), revealed some of the underlying trends behind the increase.

While deaths among drivers fell, there has been an increase in passengers dying.

Most striking, though, is the rise in fatalities among “vulnerable road users” such as cyclists, pedestrians and motorcyclists.

In the last two years, for example, pedestrian fatalities rose 45 per cent and the number of cyclist deaths is up 50 per cent.

Why the overall increase?

One factor is that there are more vehicles on the roads, due largely to the economic recovery.

But road safety campaigners say drivers are also more willing to take risks due to a decline in the number of Garda checkpoints, which they believe is linked to spending cuts.

Transport firms say the situation isn’t helped by the drop of about 50 per cent in road maintenance during the downturn.

Notwithstanding the increase, we’re still one of the safest EU member states when measured on the basis of journeys undertaken, which is the most accurate yardstick according to many safety campaigners.

Sweden, the UK and Ireland have the lowest number of deaths per kilometre travelled.

However, policymakers are trying to reverse the recent upward trend through a combination of the “Three Es”: enforcement, education and engineering.

More resources are being directed into safety campaigns targeted at vulnerable road users and road improvements.

Garda numbers, too, are on the rise and simple measures to boost enforcement of the law are being rolled out.

Six weeks ago, gardaí were given the power for the first time to arrest disqualified drivers on the spot.

Since then, 117 banned drivers - who are more likely to be associated with dangerous driving - have been taken off the road.

It’s early days, but figures for the first six months of this year show road deaths are down by about 25 or so on the same period last year.

If the trend keeps up, along with a sustained focus on promoting road safety, we could once again see a reduction in the number of fatalities on our roads.