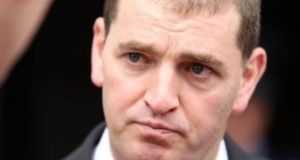 Minister of State for Defence Paul Kehoe said One made a valuable contribution in helping veterans and he and the department strongly supported their efforts. File photograph: Alan Betson

One, the Organisation of National Ex-Service personnel, has expressed gratitude after its annual grant to help with running costs was more than doubled.

The increased grant, from €44,000 a year to €100,000, was announced by Minister of State for Defence Paul Kehoe, when he opened a veteran’s support centre this week in Athlone, Co Westmeath.

One seeks to give practical help and advice to former Defence Force personnel in need of assistance. To that end, the organisation runs three homeless centres, at the Brú Na Bhfiann 40-bedroom hostel in Dublin’s Smithfield, Beechwood House in Letterkenny, Co Donegal, and at Custume House in Athlone, each offering seven beds to ex-soldiers in need.

It also runs walk-in advice centres in Dundalk and Limerick and, from this week, Athlone as well.

Announcing the increase, Mr Kehoe said that One made a valuable contribution in helping veterans and that he and the department strongly supported their efforts.

“The increase in the grant will cover some of these costs and allow One to press ahead and bring to fruition their ambitions plans for a network of Veteran Support Centres nationwide.”

Ollie O’Connor, chief executive of One, thanked Mr Kehoe for backing the application for an increase, which will go on running costs such as wages and equipment.

“We’re delighted with it,” he said. “It will help us keep the organisation on the straight and narrow and will free us to use other funding on our homeless initiatives and support centres.”

The organisation has a staff of 15 and runs the annual fundraising Fuchsia Appeal to support its activities.