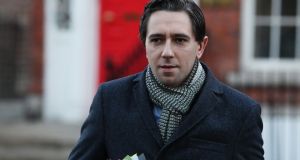 The Government is expected to provide close to €200 million in additional funding for the health service this year to address overspending.

Supplementary health funding of €195 million is likely to be proposed to the Oireachtas in the coming days just months after the Government said there would be no such top-ups for the department.

The Government is also set to allocate about €28 million in supplementary funding in a number of other areas including the Department of Employment Affairs and Social Protection and to cover Army pensions.

However, there are also expected to be further supplementary estimates announced for areas such as housing and education in the days ahead.

The Irish Times reported in September that the HSE was facing a financial overrun of about €300 million for the year. However, the HSE argued that the causes for much of the projected deficit were beyond its control.

The HSE believed about €100 million of the projected €300 million deficit, for example, was the result of Government decisions made after the HSE service plan was agreed last year.

This included an initiative to bring forward a €1,000 payment due under the Lansdowne Road Agreement to public servants by a number of months, which cost the health service up to €60 million.

Another €50 million of the projected deficit was the result of greater than expected payouts by the State Claims Agency (SCA) for medical negligence cases. While the agency handles claims, ultimately the HSE pays the bill despite having no control over the number and size of payouts.

Minister for Public Expenditure Paschal Donohoe maintained in September that the projected deficit in the health service budget this year had to be “managed and dealt with” from within existing resources. He ruled out a supplementary estimate for the Department of Health.

It is understood the additional funding for health, which has been agreed by Ministers, will cover the cost of centralised pay decisions, payments involving the SCA and other areas of income shortfalls.

However it is expected that performance-related financial overruns, for example in hospitals, will have to be met from the HSE’s own resources.

The Department of Public Expenditure said a further €700,000 would be allocated to the Public Appointment Service while the office of the Director of Public Prosecutions would receive an additional €400,000.