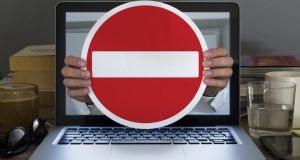 UPC, which provides broadband services to 360,000 customers, will restrict access to websites containing child sexual abuse material based on a list of domains or URLs provided by the Garda and Interpol, which will be regularly updated to capture new sites as they arise.

Under a memorandum of understanding signed between the Garda and UPC, internet users who access these sites, either deliberately or accidentally, will be restricted from doing so.

An advisory message will instead be displayed outlining the reason why access is being blocked.

However, the agreement does not provide for any transfer of user data to the authorities or allow for information on users’ IP addresses to be stored. Nor will it flag users who make multiple attempts to access such sites.

However, the interim Garda Commissioner, Noirin O’Sullivan, said gardaí could seek material from internet providers as evidence as part of an investigation under existing legislation.

Ms O’Sullivan accepted that the agreement announced yesterday was “not a silver bullet” or a panacea: “Those who really wish to view, distribute and make this vile material will use different means to access it and spread it online.”

However, she said it was only one of a range of measures being taken by gardaí to tackle the production, distribution and possession of child pornography.

Minister for Justice Frances Fitzgerald, said “the unfortunate reality in this day and age is that there are those who seek out and indeed trade in child abuse images on the internet”.

She said she hoped that other internet service providers would sign up to similar agreements.

However, she said the introduction of a legislative requirement for all internet service providers to block such sites was “very complex” , and that a “suite of approaches” was required to tackle the issue.

Ms O’Sullivan said discussions were ongoing with other internet service providers to put a similar agreement in place, but did not have a timeline for when this would occur.