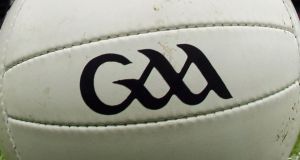 Seán O’Sullivan was initially given a 12-week ban by the Mid-Cork board. This was reduced to eight weeks on an appeal after the authorities learned that he had earlier suffered a head injury in the match.

Sports organisations have a duty to prevent acts of “savage violence” on playing pitches and if they fail to do so, then the courts will deal firmly with such incidents, a judge declared yesterday as he sentenced a Gaelic footballer to two months in jail for an assault on an opponent during a match.

James James McNulty said that hurling and Gaelic football had brought much pleasure and pride to Irish people last September with the culmination of the All-Ireland championships but there could be no place for acts of violence in Gaelic games or any other sport, be it rugby, soccer or hockey.

Unprovoked surprise single blows which cause death or serious injury were more normally associated with attacks on streets late night and occurred only occasionally on sports fields in broad daylight but were no more acceptable for that, he commented.

Judge McNulty made his comments as he sentenced father of two, Sean O’Sullivan (35) to two months in prison after he convicted him of assault causing harm to John Angland (33) during a Mid-Cork Junior A football championship match between Blarney and Macroom on May 11th 2013.

Mr Angland from New Street, Macroom had ended up with two fractures to his jaw which required surgery and the insertion of two steel plates as well as damage to two teeth when he was struck in the face by O’Sullivan midway through the second half of the match at Carrigadrohid.

O’Sullivan from Riverview Estate, Tower, Blarney had admitted striking Mr Angland but had relied upon a defence of justifiable force for protection as he claimed he had feared for his safety after Mr Angland had struck him earlier with what he claimed was a deliberate elbow that cut his scalp.

However, Judge McNulty ruled that he didn’t believe that O’Sullivan could rely on such a defence as he was on his way to the sideline to receive treatment from the Blarney physio for the blood wound to his head and was moving away from Mr Angland when he turned around and punched him.

John Angland told Macroom District Court he had moved in full-back at the start of the second to mark O’Sullivan who was playing well for Blarney and there was no incident between them until they went to contest a high ball when his elbow accidentally caught O’Sullivan on the top of the head.

He noticed that O’Sullivan was bleeding and he said it to him as they were walking back to the edge of the square whereupon O’Sullivan pushed him and he pushed O’Sullivan back before O’Sullivan swung his closed fist at him and fractured his jaw.

O’Sullivan, who got a straight red card for the incident, told the court that he had received a few punches in the back from Mr Angland at the start of the second half but he took no real notice of that as such incidents were normal but later when a high ball came sailing over their heads, Mr Angland hit him twice.

He claimed that they weren’t contesting the ball as it was a wayward pass but Mr Angland hit him first on the back of the head and then on the top of the head causing him to bleed and he believed it was a deliberate blow and he later had to get the wound glued together by a GP.

He said that he went down on one knee and was on his way to the dugout for treatment when Mr Angland approached him, shouting abuse in an aggressive manner and he was in fear of being hit a third time when he struck him once in the face with his closed fist.

“I was surprised at the extent of the injury - yes, it was a serious injury,” said O’Sullivan who was subsequently given a 12 week ban by the Mid-Cork board before it was reduced to eight weeks on an appeal after the authorities learned that he had earlier suffered a head injury in the match.