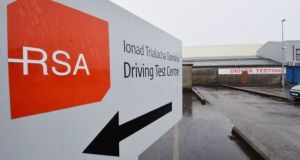 Driving licences that expired after March 1st will remain valid for an additional seven months due to the disruption Covid-19 pandemic has caused to the renewal service.

Driving licences that expired after March 1st will remain valid for an additional seven months due to the disruption the Covid-19 pandemic has caused to the renewal service.

The Road Safety Authority said this means anyone whose driving licence expired on March 10th will have it extended to October 10th next. A person whose licence expires on August 15th will have a new expiry date of March 15th next.

The authority, which operates the National Driver Licence Service (NDLS) on behalf of the Department of Transport, said it hopes to extend its online services over the coming months, “subject to the appropriate legislation and technical solutions being in place”.

The department also confirmed that the exemption from having a current medical report for those aged 70 years and over, without specific medical conditions, is being extended.

The exemption is being put in place until December 31st and means that no medical report is required for over 70s unless they have one of the conditions specifically listed in the licence renewal application form.

The NDLS will be communicating with those who have appointments booked in August and September who have been granted an extension to request them to cancel the appointment on www.NDLS.ie.

For permits expiring between July 1st and October 31st, including those already extended, the validity period of those permits has also been extended for four months.