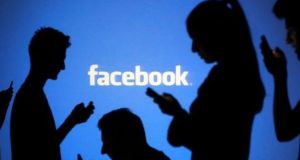 Europol chief says reason for seeking accounts was pursuit of witnesses, who could say something about what was going on

Europol’s social media monitoring enabled it to identify 366 social media accounts operating in the vicinity during the Paris attacks, the deputy head of Europol has said.

Speaking at the Institute of International and European Affairs in Dublin, Wilhelm van Gemert, deputy director of the European law enforcement agency, said using geo-location technology, the agency was able to see how many people, at a certain moment, were on social media in the areas surroundings where attacks took place, on November 13th last year.

He said the reason for seeking the accounts was to look for witnesses, who could say something about what was going on. The information was provided to French police.

Social media was also useful during the attack on the Bataclan theatre, he said, because those inside who were using it, were able to make it clear to French police that they should not wait to enter the building.

Mr van Gemert spoke to institute members and invited guests about the role of Europol’s recently established European counter-terrorism centre and its internet referral unit, which deals with online terrorist propaganda and extremism.

He said Islamic State, also known as Isis, uses social media to bring fear, to glorify what it does and for recruiting. It might piggy back on events such as the world cup, he said.

Europol’s internet referral unit, which has been operating for six months, flags violent content on the internet to service providers and points out that it is not in agreement with their terms of reference, and providers take down the content.

“In just the last weeks, we referred 2,000 messages of which 88 per cent were taken down by providers,” said Mr van Gemert.

He also highlighted the lessons learned by the Paris attacks, which he described as the most serious threat to Europe in 10 years, and said they showed Isis could “strike at any time on any chosen target”. They had a strong preference for soft targets instead of state targets, he said, and had the capability to plan and act on their plans.

He said Europol believed local operators continue to choose targets, and operations are not directed from outside. Those involved in the Paris attacks were people who had been “radicalised in our own countries”, who came from migration, and who had left European countries and then returned after a number of years to carry out attacks, he said.

Mr van Gemert also said terrorists backgrounds had changed and some of the attackers in Paris had links with organised crime. It was “not so much religious” and peer pressure was an element.