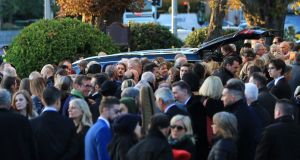 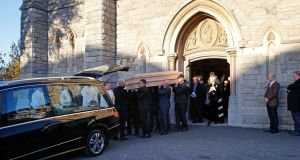 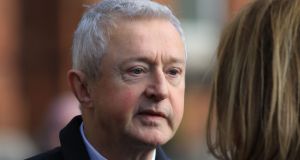 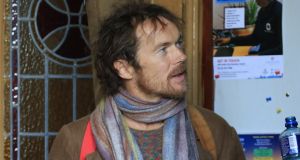 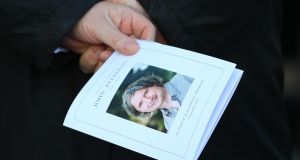 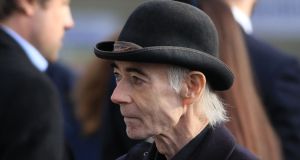 Music promoter John Reynolds was remembered at his funeral on Thursday as “innovative, energetic and ambitious”, as an immensely hard worker and as a low-key and gentle person beyond his business life.

Hundreds of mourners from the world of music and the arts packed the Church of the Sacred Heart in Donnybrook in Dublin – to the point of standing-room only – to remember the life of a brother, uncle and friend who died in sudden circumstances.

Mr Reynolds’s work with the POD club in Dublin and the Electric Picnic boutique music festival were recalled as among his prominent achievements, but he was also remembered as the man who brought an ageing Leonard Cohen to Ireland for his “extraordinary” shows at the Royal Hospital Kilmainham and at Lissadell House in Sligo.

“If he did no more, we’d be forever grateful,” celebrant Fr Tom Healy said.

Indeed, one mourner afterwards offered knowledge that when Cohen died in 2016, Reynolds was listed among just six people who were to be told the news of his death first.

Longford-born Mr Reynolds, who was aged just 52, was found dead in his apartment in Milltown, south Dublin, on last Thursday. He was a nephew of former Fianna Fáil taoiseach Albert Reynolds.

In his homily, Fr Tom Healy extended his sympathies to John’s sisters Angela and Orlagh and his brother James, his brother-in-law and sister-in-law, nephews James, Alex, Jack, Tom and James and his niece Georgia, and his relatives and friends.

He recalled, from his own early years in Longford, John “cutting quite a dash around town”.

“He was tall and imposing – I read somewhere that he had film-star good looks; he had his trademark long hair – maybe even a ponytail at one stage. He had stylish dark clothes and an enviable set of wheels.”

It was “hardly surprising” that John had made a career in the field of music promotion.

“Obviously it was something that was in his DNA. It’s well known that his father Jim and uncle Albert blazed a trail of music promotion in their own right in a previous era,” Fr Healy said.

Reynolds had “more than made his mark” on the world of music and art and it was “not an over-statement to say that with his creative, artistic talent he revolutionised the music scene in Dublin and in Ireland – he has left a rich legacy”.

Fr Healy, a friend of the Reynolds family, said he was in POD himself “just once” – in the company of Reynolds’s mother and father Anne and Jim, “and a friend of mine who was a Sister of Mercy”.

The mourners heard that Reynolds’s parents had died within just a day of each other two years ago “after a lifetime of togetherness”.

“And it’s truly hard to believe that you would be gathering so soon again in loss and sorrow to lay to rest your brother John in such sudden circumstances,” Fr Healy said.

In his eulogy, Mr Reynolds’s brother James said John had united people in music, and they went away having met “the most extraordinary people”.

That had been the greatest gift John had given to people.

Gifts brought to the altar at the start of the Mass included Mr Reynolds’s Leeds United jersey, to mark his love of football, his “access-all-areas” pass from his new All Together Now festival in Waterford in August, his sunglasses and his mobile phone.

Mr Reynolds’s remains were brought into the church in a pale wooden coffin as musician Damien Rice sang Leonard Cohen’s So Long Marianne. His family and friends followed behind it after the Mass as Paul Buchanan of the Scottish band the Blue Nile sang his own song Mid Air, followed by the Blue Nile’s Happiness.