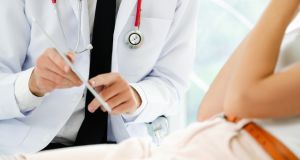 There are many reasons people do not attend hospital appointments, such as difficulty with travel, problems getting someone to accompany them and ambivalence about attending. Photograph: Istock

Faced with so many missing patients, consultants and doctors could be forgiven for being angry. However, the majority of medics believe blaming patients will do little to improve attendance records.

Dr Sean Tierney, vascular surgeon at Tallaght University Hospital, Dublin, who runs an outpatient vascular surgical clinic, said there was only a “small segment who just don’t turn up for appointments”.

“I don’t think that blaming the patient is the solution here. There are many patients who cannot attend appointments for genuine reasons,” Dr Tierney said.

“Deliberate mis-use is virtually nil in our clinic.”

The fact that patients could wait up to two years was a contributing factor in non-attendance, he said. More than 7,000 people failed to attend their outpatient vascular surgery appointment nationally last year.

The clinic “over books” appointment slots to accommodate for non-attendances, which always occur, Dr Tierney said.

“Some people have been waiting so long for an appointment that they have sought treatment elsewhere. Another reason is many patients are elderly and depend on others for transport to a clinic. There are no arrangements or funding in place for people in nursing homes travelling to clinics, they often depend on a relative to bring them,” Dr Tierney added.

He said non-attendance often relates to the profile of a patient and said in some cases the fact that people were unable to read was a significant issue.

“Although text reminders have helped, we really need a better system in place for allowing people to cancel appointments. Oftentimes people ring to cancel an appointment and leave a message but sometimes that message might not get translated into a cancelled appointment and instead the patient is put down as a DNA.”

Brendan Kelly, professor of psychiatry, Trinity College Dublin, said there were many reasons people do not attend hospital appointments, such as difficulty with travel, problems getting someone to accompany them and ambivalence about attending.

“In psychiatry, there is the additional issue of the stigma still wrongly associated with mental illness in the minds of many. For many who do not attend mental health clinics, we get in touch with them afterwards to follow up, maybe by phone or through a home visit by a community mental health nurse or other member of the multidisciplinary team,” Prof Kelly said.

Last year the percentage of non-attendance at psychiatry appointments was among the highest of any specialty in the country at 18 per cent. For the first three months of 2018 the DNA rate was 19 per cent.

Prof Kelly believes the biggest step towards reducing DNA rates “would be to improve systematically the information technology available across all clinics so as to ensure that appointments are managed as efficiently as possible, and any cancellations can be offered to other people in a timely fashion”.

“In the context of mental health, we recently did a study looking at the effect of SMS [text message/] reminders on attendance at a community adult mental health clinic in our service, published in the Irish Journal of Medical Science,” he said.

“We found that the chief value of text message reminders lies not in reminding patients of appointments but in providing a convenient way for patients to cancel them, thus allowing far more appointments to be offered. I think the systematic use of these techniques across all of the health service would help optimise the resources available for outpatient care and deliver more, better care.

“Broader information technology changes are also needed – more electronic patient records in hospitals and clinics, and information systems that connect from hospital to hospital, which are, at present, limited.”

Another hospital consultant, who did not wish to be named, said he was frustrated at the lack of HSE funds to provide a text messaging service.

“Issues certainly for me were the lack of HSE funds to provide a texting service to help remind individuals. Therefore I insisted that letters were issued six weeks in advance to try and avoid DNAs,” he said.

In some centres the estimated cost of a DNA space was about €129, he added.

After two consecutive DNAs, he wrote to the GP and discharged the patient, or asked if there was a clinical reason why they failed to attend.

“This certainly would mean that GPs would realise I was serious and this definitely helped improve the referrals and therefore attendance rates,” he said.

“Some colleagues often actively ‘overbooked’ the clinic because they would anticipate a high DNA rate. This in my opinion only led to a greater issue in the day where the clinics were completely over run with individuals and there was an uncomfortable atmosphere to simply get through the clinic. The patients would sense this and felt undervalued or that if they didn’t turn up they wouldn’t be missed. This in turn fed into the DNA culture.”

If an individual felt the service was interested in their issues then the DNA rate was lower, he added.

The exact cost of DNAs in Ireland is unknown. In the UK the cost of missed appointments is estimated to be hundreds of millions of pounds annually.