Dublin does not do enough to protect air quality, says survey 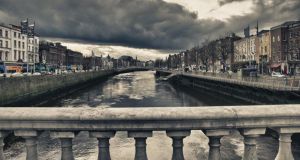 Bund (Friends of the Earth, Germany) and the European Environment Bureau say those responsible for air quality in Dublin rely on ‘favourable geographical conditions’ to keep air pollutants below EU limits

Compilers of a soot-free index of 23 European cities have criticised Dublin for not doing enough to protect air quality. The creators of the index, Bund (Friends of the Earth, Germany) and the European Environment Bureau, claim that policymakers responsible for air quality in Dublin are relying on “favourable geographical conditions” to keep air pollutants within EU limits.

Swiss city Zurich topped the list of soot-free cities and both it and the runner-up, Copenhagen, in Denmark, were praised for policies that included a strong commitment to reducing pollution from vehicles and the promotion of cleaner forms of transport.

Adjudicators said that car numbers in many European cities had been reduced, and that Zurich and Copenhagen had bans on highly polluting vehicles such as diesel cars, trucks and construction machines.

While the adjudicators said there had been progress in most cities in reducing PM10 particulate matter – which can cause severe health problems – they singled out Dublin as one of the cities that “were rather inactive . . . because they were, due to favourable geographic conditions, in compliance with EU limit values”. Cities ranked lower than Dublin included Glasgow, Madrid and Rome.