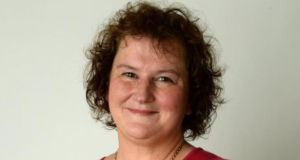 The Rehab Group experienced a drop off in donations of more than €2 million following controversy over pay and pension arrangements for top officals, according to its chief executive.

Mo Flynn, who replaced former boss Angela Kerins last year, said there was an immediate drop of about 36 per cent in general fundraising in the wake of the pay scandal.

The disability group’s image was battered when it emerged that Ms Kerins received a €240,000 salary, while more than €400,000 in consultancy fees was paid to former board member Frank Flannery over seven years.

Ms Flynn, who receives a €140,000 salary, said on Thursday morning the organisation had “lost its way a little” and become confused about whether it was a commercial company or a charity.

The high salaries “reflected a time when governance within the organisation had drifted from the standard at which it should operate,” she told Newstalk Breakfast.

She said she remained determined to change the strucutre and restore the integrity of the group, adding that the organistion was now focused on what it does. “We are a charity. We are very clear that we are a charity. We may undertake a number of commercial activities which are mainly about providing employment opportunities for people with disabilities,” she said.

She said in the past six months the Rehab Group produced a new strategic plan setting out a “future vision” around supporting people with disabilities to live independent lives.

Ms Flynn said the organisation, which employs 3,200 staff, has managed to continue fundraising in local centres but must continue to build public trust. “On that basis we can only through our activities over the coming years demonstrate that we have adopted excellent governance procedures”.

She said her salary is the highest in the organisation and that any salary over €65,000 is published on the group’s website. She added that Rehab’s accounts are abvailable to the public on the site.

As figures show a drop in general charity fundraising of about 20 per cent, Ms Flynn said all senior managers in charities have a responsibility. “I’m not sure I would sleep very well at night if I wasn’t able to stand up and be clear and accountable for how publicly donated money is spent,” she told Newstalk.