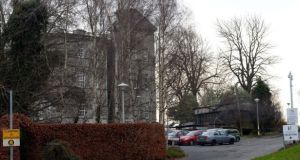 Residents of a disability service are set to receive reimbursements which may total more than €1 million after a review into “inappropriate” spending of clients’ personal money.

Top level management in the HSE have been told that a “significant” level of refunds to clients is expected to have to be put in place arising from an independent review into “inappropriate” and “unacceptable” use of such money in previous years at the Stewarts Care organisation.

Stewarts Care is one of the largest organisations in the State providing services for people with disabilities.

The issue centres on money in the personal private accounts of residents – which should hold day-to-day funds to be used for the exclusive benefit of the individual, such as for outings or gifts.

Instead, in some cases this was used for a broader purpose such as minor capital works in residences to bring them up to Hiqa standards or for equipment and services which should have been paid for by the service provider.

It is understood that in 2018 management at Stewarts Care alerted the HSE to “legacy” practices relating to how money it was essentially minding on behalf of people in its facilities was used.

External consultants BDO were appointed to look into the issue and the HSE last week said this process had now been completed. It said a draft report was “currently with Stewarts Care for further consideration”.

The HSE’s internal national performance oversight group told chief executive Paul Reid and other senior management last September that it was “important to flag at this point that the report is expected to underpin a significant level of ‘client refund’ which will add to a significant deficit situation at Stewarts Care”.

The HSE said last week that on foot of the report a suite of recommendations would be considered “and appropriate action plans drawn up for implementation”.

The report is understood to look at the use of personal accounts in a sample of about three dozen or so residents at Stewarts Care facilities over a three-year period beginning about a decade ago.

However, over the full period in question there may have been about 300 people residing in the facilities at various stages. It is understood that the amounts involved to be reimbursed could potentially be more than €1 million.

In some cases it is believed that guardians may have been approached and had given consent for how money was spent but that this was still outside the rules applying to the private accounts.

Asked last week whether the issues that arose at Stewarts Care on the use of client funds were replicated in any other health or disability facilities, the HSE said: “At this time the HSE is not aware of any further service providers which have disclosed similar issues.”

Stewarts Care provides residential services to more than 260 people overall, with about 150 at its campus in west Dublin, with others based in a number of houses. It also provides daycare for about 500 people, respite for adults and children, as well as support for families.

1 Coronavirus: Varadkar returns to practising medicine to help during crisis
2 Donald Trump’s clown car administration has put the fear in all of us
3 Genetics shed light on origins of Irish strains of Covid-19
4 Coronavirus: Plans to move 600 consultants into public system hit obstacle
5 Irish doctors on getting Covid-19: ‘In 90 minutes, I deteriorated quite rapidly’
Real news has value SUBSCRIBE