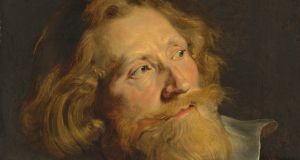 ‘Head of a Bearded Man’, by Sir Peter Paul Rubens. 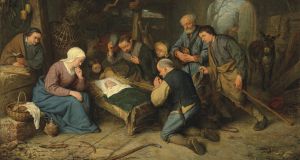 Businessman Denis O’Brien has spent more than €2 million on on a Rubens painting from Russborough House in Co Wicklow, which will be donated to the State.

The well-known artwork Head of a Bearded Man was the top lot in a controversial planned auction at Christie’s in London of Beit collection paintings, which was postponed last summer so the possibility of encouraging private Irish donors to purchase paintings could be explored.

Sources suggested Mr O’Brien was spending in excess of €2 million.

The trust in charge of the stately home, the Alfred Beit Foundation, has said the sale of the paintings is necessary to create a €15 million endowment fund to secure the future of Russborough House.

A spokesman for the foundation said on Wednesday the process of seeking and negotiating with private Irish donors for the possible purchase of artworks was ongoing.

Meanwhile, Newstalk radio station, of which Mr O’Brien is principal shareholder, has reported businessman John Gallagher is to buy Adoration of the Shepherds by another Flemish painter of the same era, Adriaen Van Ostade, for just under €1 million.

Mr Gallagher’s investments include the Bord Gáis Theatre in Dublin.

The paintings will be transferred to the National Gallery in Dublin.

Businessman Lochlann Quinn, who is part-owner of Dublin’s Merrion Hotel and a well-known art collector, has already acquired a painting entitled A Village Kermesse Near Antwerp by David Teniers the Younger, a 17th-century Flemish artist, with the intention that it go on public display in the National Gallery.

The works are being purchased under the S1003 scheme to encourage the donation of heritage items to Irish cultural institutions.

Under the scheme, 80 per cent of the market value of the items can be offset against the tax liability of the owner, with a ceiling of €6 million in respect of any one year.

In September, Minister for Finance Michael Noonan rejected a request from the foundation to allow 100 per cent tax relief on artworks that people buy and donate to the State.

Last month, the planned sale of the Russborough paintings in London was postponed for a further six months until June 2016.

The auction, which was scheduled for July this year, was initially postponed until December following a public outcry.

Following meetings with Minister for Arts Heather Humphreys, the foundation instead agreed to try to find donors in Ireland who would buy the paintings and donate them to the State in return for tax relief.

The late Sir Alfred and Lady Clementine Beit were a wealthy English aristocratic couple who moved to Ireland in the 1950s.

They acquired Russborough House and left the house and its contents, in trust, to the people of Ireland.