Data monitoring buoys to be deployed in Dublin Bay 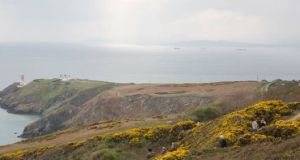 The Irish Underwater Council and divers with the Protect Dublin Bay group have objected to use of the Burford Bank for dumping any spoil as the sea area from Rockabill to Dalkey island is now a special area of conservation. Photograph: Getty Images

Dublin Port is deploying four data buoys in Dublin Bay over the weekend which will monitor whale and dolphin activity in the area during the Alexandra Basin redevelopment project.

The four buoys will “live stream” information on the presence of marine mammals, including harbour porpoises, in the Burford Bank area where dredge spoil is dumped.

The Irish Lights ship Granuaile will lower the Coast Eye buoys into position on Saturday, as part of a €1.8 million contract with TechWorks Marine.

Under the €230 million Alexandra Basin redevelopment scheme, which aims to deepen and lengthen Dublin Port’s berthage, some 6.4 million cubic metres of material has to be unearthed.

River spoil will be dumped at the port’s licensed site at the Burford Bank, some 8km east off Poolbeg lighthouse.

The environmental impact of this on marine mammals and seabed habitats must be monitored as part of Environmental Protection Agency (EPA) licensing conditions.

The Irish Underwater Council and divers with the Protect Dublin Bay group have objected to use of the Burford Bank for dumping any spoil, including maintenance dredging material, as the sea area from Rockabill to Dalkey island is now a special area of conservation (SAC).

The port has been working to an EPA permit for disposal of maintenance dredging spoil which was issued before the SAC designation.