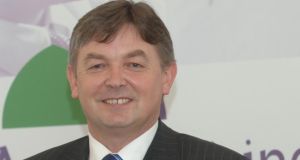 Seán Ó Cuirreáin: ’Requiring the people of the Gaeltacht to conduct their business in English with state agencies flies in the face of any policy which suggests that the survival of the Gaeltacht is on the State’s agenda’

An Coimisinéir Teanga Seán Ó Cuirreáin has announced his intention to step down following the failure by Government to implement legislation designed to improve services to the public through Irish.

The Coimisinéir Teanga, whose role is to monitor compliance by public bodies with the provisions of the Official Languages Act, told a sitting of the Joint Committee on Public Service Oversight and Petitions that he believed the State was quickly moving towards a situation where the use of English would become compulsory for citizens wishing to interact with public bodies.

The former deputy head of Radio na Gaeltachta said it was “hypocritical” of the Government to insist on Irish as a mandatory subject for the Leaving Cert only then for the State to deny citizens the provision of services through Irish.

Citing the widespread failure of departments and public bodies to take measures to ensure the right of citizens to use Irish when interacting with state agencies, Mr Ó Cuirreáin said three quarters of statutory language schemes had expired without renewal by the end of 2012 with a quarter of them out of date for three years or more.

The failure to promote these “fundamental pillars” of the legislation - agreed by the Department of Arts, Heritage and the Gaeltacht with state bodies - represents a “significant risk”, Mr Ó Cuirreáin said.

Criticising of the lack of services provided through Irish for Gaeltacht communities, Mr Ó Cuirreáin said it was time to deal with the issue “for once and for all”.

“Requiring the people of the Gaeltacht to conduct their business in English with state agencies flies in the face of any policy which suggests that the survival of the Gaeltacht is on the State’s agenda,” he said.

The absence of staff with competence in both official languages is one of the main obstacles to the delivery of services in Irish as well as in English, Mr Ó Cuirreáin said. He added that it is “essential” that the issue of the Irish language in recruitment and promotion in the civil service be revisited “immediately”.

Mr Ó Cuirreáin warned that any review of the Official Languages Act would be seen as “a fudge, a farce or a falsehood” if these failures are not addressed.

“As we begin to regain our economic sovereignty, it would be a travesty if we were to lose our linguistic sovereignty - a cornerstone of our cultural identity, heritage and soul as a nation. I believe this to be a clear and present danger.”

Mr Ó Cuirreáin was formally appointed as the first Coimisinéir Teanga in February 2004 under the Official Languages Act and was reappointed for a second term in 2010.