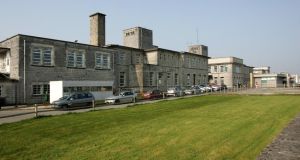 HSE (HSE) West has abandoned use of a recently refurbished ¤2.8 million euro unit in Ballinasloe in favour of an older facility in Roscommon County Hospital (pictured)

LORNA SIGGINS
Senior mental health service managers in Co Galway have sought an “urgent external review” of a decision by the HSE, the Health Service Executive, to abandon use of a recently refurbished €2.8 million unit in Ballinasloe in favour of an older facility in Roscommon.

The HSE has confirmed that the national director of mental health services Dr Stephen Mulvany has received a letter, which will be responded to in “due course”.

The refurbished 22-bed unit at St Brigid’s Hospital in Ballinasloe was due to have been handed over for use last Friday.

“As senior clinical staff, we have grave concerns about the decision-making process, the decision itself and its communications,” the senior managers in east Galway state in their letter to Dr Mulvany.

“We have been told that the decision is final and will proceed. As we believe this decision is flawed from a clinical governance standpoint, we now have no option but to advocate for our patients beyond HSE West management structures.”

The managers have said they have “no confidence” in the current area management team for mental health services in the east Galway area.
“We believe the decision is not clinically prudent if optimum patient care was the priority for the decision-makers,” they say in a letter on July 29th.

Trade unions Siptu and Impact have already expressed anger at a “points system” which has been cited as justification for keeping the Roscommon County Hospital facility open at the expense of the Ballinasloe unit.

The points system found Roscommon was better in terms of location, emergency access and proximity to accident and emergency services.

It outscored Ballinasloe by 10 to three in terms of proximity to a major hospital, by seven to five in accessibility to medical services and by seven to five for road access, including access for emergency vehicles.

The managers note that the scoring is “patently outrageous” in terms of proximity to a major or regional hospital, as St Brigid’s in Ballinasloe is just 2.5km from Portiuncula hospital and much closer to University Hospital Galway than Roscommon hospital.

In addition, Roscommon no longer has an accident and emergency department, and there is a motorway – the N6 – between Ballinasloe and Galway, which cuts travel times.

“Whilst we were informed that the process was independent and transparent, we have been unable to gain any clarity on the evidence and facts used to support the scoring,” the managers state.

They point out that the Ballinasloe refurbishment includes a state-of-the-art observation unit for patients in distress, whereas Roscommon will need to be upgraded, yet Roscommon outscored St Brigid’s by 10 to three in this category.
“We are now being informed that further investment will be required in the existing area in Roscommon to bring this up to standard and provide a more suitable environment for patients. How then could Roscommon score the maximum points under this heading in its current state?” they ask.

The managers say they cannot understand how a facility which has just been refurbished, at a cost of €2.8 million, could be seen as less modern than the department of psychiatry at Roscommon hospital which was last fully refurbished more than two decades ago.

HSE West said the scoring system was developed by an independent review group in consultation with clinicians and senior nurse management.