Children adopted from foster care ‘should have priority for State services’ 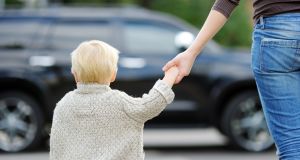 ‘What is best for the child must prevail in every case.’ Photograph: iStock

Children who are adopted from foster care should have a prioritised status for all State services into adulthood and their carers should also get enhanced supports, according to a paper published by the Irish Foster Care Association (IFCA) on Wednesday.

The position paper sets out changes necessary to achieve permanence for children in care, as a result of by the Adoption Act 2017. It outlines recommendations for policy makers and those supporting foster carers, birth families and children as they move from foster care to adoption.

It says all options should be explored to retain children with their birth families and if that is impossible then children should – if it is in their best interests – continue to have access to their birth parents and siblings.

The paper also says foster carers should receive a transitional payment for at least two years to support the switch from fostering to adoption and carers who have adopted should have access to counselling supports.

Training should be provided to social workers in the policy and procedures in receiving and processing applications from foster carers to adopt and the paper highlights the importance of interagency collaboration to support families prior to and after adoption.

The paper says consideration should be given to initiating the UK “Adoption Passport” for securing all appropriate services for children, but with a wider range of services to be funded.

The Adoption (Amendment) Act 2017 came into effect in October 2017 and provides for the right for any child to be adopted, irrespective of the marital status of his or her parents, where both parents consent to the placing of the child and to the making of an adoption order.

It also provides for the adoption of children who have been in care for at least 36 months and whose parents have failed in their duty towards them to such extent that the safety or welfare of the child is likely to be prejudicially affected.

The provisions allow a greater prospect of stability for some children in long-term foster care – where they will not return to live with their parents – through the process of adoption by their carers.

Speaking at the launch, the Minister for Children and Youth Affairs Katherine Zappone said she was “conscious of the importance of providing for alternative care and adoption processes for those children who cannot live with their own families, for whatever reason”.

She said the Act offered “new and important opportunities for some children, who might otherwise have spent years in foster care and for whom adoption is considered an appropriate intervention, with a permanent, adoptive family.”

The chief executive of IFCA, Catherine Bond, described the 2017 Act as “a child-centred piece of legislation that modernises the law governing adoption in Ireland”.

She said that with some of the changes “there is likely to be more children in care that can be adopted. Permanence is essential for these children along with the security of a family structure. We need to support these families through the process of fostering to adoption and importantly afterwards.”

The Chairman of the Adoption Authority of Ireland, Dr Geoffrey Shannon, said the Act had placed the voice of the child and the best interests of the child “at the centre of the adoption of children from long-term foster care”.

He said: It also has regard to the importance of providing every reasonable support to birth parents to ensure adoption is a proportionate option to secure the welfare of children in long-term foster care. What is best for the child must prevail in every case.”