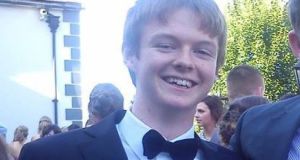 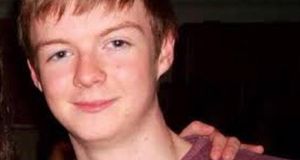 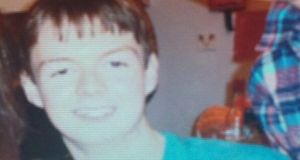 This picture of Patrick Halpin was taken the night before he went missing. 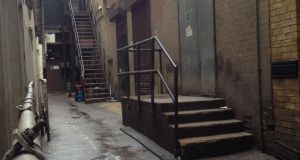 The Irish student, Patrick Halpin, missing in London for nearly two days was found dead on the roof of a restaurant off Leicester Square, police have confirmed.

The 18-year-old from Loughrea separated from friends gathered in the Zoo Bar in Bear Street shortly after midnight on Wednesday, saying he was going to a Burger King branch 20 metres away.

Footage taken by one of three CCTV cameras in Hunt’s Court, a narrow lane at the back of Bear Street used for rubbish collections and deliveries, shows him climbing an outside stairs.

This stairs leads to a metal, padlocked door, but it is surrounded by a mass of steel netting on the sides used to prevent access to the roof by drug addicts who frequently use the lane.

So far, it is unclear how Mr Halpin gained access to the roof, though there is a service lift in the lane used to deliver supplies to the Chiquito restaurant.

However, the location of the tragic discovery does explain how Mr Halpin could have gone missing for nearly 48 hours before his body was discovered.

One Chiquito staff member, Ermelindo Jardin, said staff come out frequently to smoke in the lane because they are not permitted to smoke at the front of the restaurant.

Equally, Westminster City Council remove large industrial rubbish from the front of the lane twice a day, though bin-collectors do not venture into the back of the lane.

"Your song has ended, but the melody lingers on" ~ Irving Berlin

The body was found just metres away from where the youth went missing in the early hours of Wednesday morning.

The Police said in a statement they are treating the death as “non-suspicious”.

Formal identification has not yet taken place but police said “we believe that the deceased is Patrick Halpin (18) from Ireland.”

A post mortem is expected to be carried out later today or tomorrow.

In a statement on behalf of her family this morning Mr Halpin’s sister, Regina, thanked the Metropolitan Police for their “outstanding work” and support.

“We’d like to thank all the communities both at home in Galway and all across Ireland and here in London and in DCU for their relentless energy and their faith. And finally to our neighbours, to the parish, our friends and family we just thank them for standing by us and for their huge support,” she added.

She also thanked the “media who kept the story in the public eye and we’d ask that they continue to respect our privacy obviously at this difficult time”.

Shortly after 10pm last night, the Metropolitan Police confirmed that a body was discovered at 7.50pm in “an enclosed area in the vicinity of Burger King and the Zoo Bar off Leicester Square”.

There was confusion yesterday evening when UK authorities told the Halpin family that the first-year DCU student had been found safe and well at Gatwick airport.

A Metropolitan Police spokesman confirmed there had been a communications mix-up between Gatwick airport and the police which led them to believe the teenager had been found.

Mr Halpin travelled to London with the DCU drama society for a trip to the West End. The group was due to fly home yesterday evening.

“Because [the drama society] booked on a group booking, [THE AIRPORT]thought he got on the plane with them but it was just that the ticket must have gone through,” said Becky Walsh, a friend of the Halpins.

Mr Halpin’s sister and father Paddy had travelled to London yesterday to help with the search. Three members of the drama society also decided to stay on in the city to help.