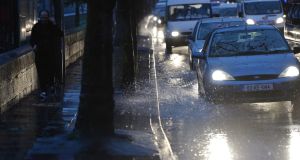 Insurance Ireland says it is putting in place a protocol for insurers to help returning emigrants get motoring cover.

The protocol sets out that claims-free driving experience in another country could be counted by a motorist applying for insurance in Ireland.

The organisation, which acts as a representative body for insurance companies, is working with the Government through its Cost of Insurance Working Group to tackle rising motor insurance costs.

“In addition, the key recommendations of the report, such as reviewing our personal injury award levels and giving more powers to the Personal Injuries Assessment Board to handle more claims and reduce the number of claims going to expensive litigation, can help reduce costs for the benefit of all policyholders.”

The protocol sets out that if it has been more than two years since a person’s Irish motor insurance policy was cancelled or lapsed, their no-claims discount is no longer valid.

However, if they have claims-free driving experience in a different country in their own name, insurers “will take this experience into consideration if you seek a quotation from us on your return to Ireland, subject to the appropriate verifiable documentation being provided”.

This documentation “will likely constitute” a no-claims bonus statement and/or letter of driving experience in respect of the relevant country.

If you cannot afford it, you cannot drive. The only potential you may have is if you’re facilitated by a relative or a friend

Dermot Jewell of the Consumers’ Association of Ireland said he has heard “many reports” of Irish emigrants returning home and struggling to find affordable motor insurance policies.

When people return from overseas “some of the harsh realities of being a citizen in this State come to the fore”, he said.

“If you cannot afford it, you cannot drive. The only potential you may have is if you’re facilitated by a relative or a friend who is covered who will allow you to be a named driver on their policy.”

An American woman and her Irish husband, who wish to remain anonymous, decided to move from Chicago to his hometown in Co Clare in 2013. The man had moved to the US in the late 1980s for work.

The couple and their adult children (aged 19 and 21) were together paying almost €10,000 in motor insurance costs in 2016 before deciding they would move back to Chicago earlier this year.

All four secured Irish driving licences when they moved over, while the couple had been driving for about 30 years and had clean American driving licences. While the woman and her husband had their own separate cars for work, insurance companies wouldn’t allow their children be placed as named drivers on either of their policies and they were forced to purchase cars for their children so they could travel to and from college in Limerick.

“We were all started as brand new drivers with no ‘no claims’ bonuses and they would not let me add my children as named drivers to a policy. That I just don’t understand at all. We were considered new drivers,” she told The Irish Times.

“Our insurance cost us more than their college education in Ireland,” she said.

“After one year, we started getting the renewal costs, and while mine was staying the same and my husband’s was going down, theirs was going up, despite being accident-free. We said: That’s it!”

While the couple’s son is finishing his degree in Limerick, the rest of the family travelled back to Chicago.