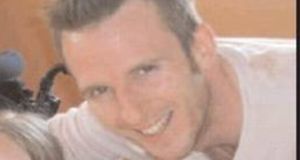 Stephen O’Riordan: Hoping to take a seat in the three-seat Cork North West constituency which has been dominated by Fianna Fáil and Fine Gael for decades

The brother of disability rights activist, Joanne O’Riordan who chronicled her story in the highly-acclaimed documentary, No Limbs, No Limits, is to run as an Independent candidate in the next general election.

Mr O’Riordan said he believed Ireland has been poorly served by the main political parties, Fianna Fáil and Fine Gael, who have dominated Irish politics for generations.

“For far long we have allowed Fianna Fáil and Fine Gael dictate policies that simply do not work,” said Mr O’Riordan, who confirmed that he has had discussions with Shane Ross’s Independents Alliance and Lucinda Creighton’s Reboot Ireland.

Mr O’Riordan identified disability rights, young people, bridging the urban rural divide, and migration and immigration as well as Dáil reform and investment in the arts as some of the issues that he plans to campaign on in the rural three-seat constituency.

Mr O’Riordan has received the backing of his sister, Joanne O’Riordan, who was born with the condition Tetra-amelia syndrome – meaning she has no limbs. Ms O’Riordan has addressed the United Nations on disability issues and tackled Taoiseach Enda Kenny over cuts to disability funding.

“When Steven first touted the idea to me, I thought, ‘what a fantastic idea’. He has given me so much help over the years and I know he campaigns very hard on all those he advocates for. He actually gets things done and that is crucial,” said Ms O’Riordan.

Mr O’Riordan, who is based in Millstreet, admits he faces a tough challenge in the sprawling constituency, which runs from Charleville and Rockchapel in the north to Ballingeary and Crossbarry in the south and includes towns such as Macroom, Kanturk and Ballincollig

“It is a step into the unknown but I’m willing to put myself forward . . . Most people In Ireland find themselves voiceless and I want to change that.

“We need to start a renewal process and I believe that the 2016 general election will allow us to do this,” said Mr O’Riordan, adding that the people of Cork North West have always helped his sister and he wants to “give something back”.