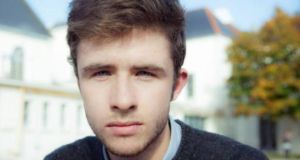 John Ryan had been missing from home since Tuesday August 19th.

The body of a man missing in Co Meath since last Tuesday has been recovered during a search of the River Boyne.

John Ryan had been missing from his home in Mornington.

A Garda spokesman said the body of a man had been recovered by the Drogheda River Rescue team at 3.40pm on Saturday during a search of the river.

While the body has not been positively identified, gardaí are satisfied that it is the body of Mr Ryan.