Blackrock or Kensington? How London’s financial high-fliers would fare in Dublin

If the City of London relocates here, its bankers may feel most at home in Blackrock

As Britain prepares to leave the EU, could Ireland become a destination for many of London's bankers and brokers? Conor Pope explores what delights Dublin may offer a high-flying finance executive. Video: Enda O'Dowd 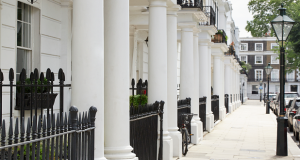 Dublin is marketing itself as a new home for the City of London after Brexit, even if it is being a little more delicate than that about its intentions.

But what can Dublin offer City of London high-fliers, who are used to Kensington, Chelsea and Notting Hill and a world of private clubs, private schools and privilege?

If Kensington (the London borough with the highest proportion of those employed in banking/finance) is soon to be emptied, or partly emptied, its designer-clothing-clad former residents might feel at home in Dublin’s Blackrock.

The suburb has the capital’s highest proportion of people working in finance.

According to the 2011 census, 16 per cent of Blackrock’s working population are in banking/finance, compared with 20 per cent of those in Kensington.

Property in Blackrock is a snip compared with Kensington.

In June, the average home cost €587,269. This is less than half Kensington’s £1.2 million (€1.33 million) going rate, though if sterling continues to fall, this will eat into the value on offer to departing Londoners.

The disparity between rents is even greater. In the year to March 2016, the average monthly rent in Kensington and Chelsea was £5,174 (€5,773). In Blackrock, prices in the year to the end of June stood at €1,807, according to figures provided by Daft.ie, while the savings were even greater for people looking at four-bedroom properties.

Property may be cheaper in Dublin, but availability is problematic. Just 64 properties were put up for sale in Blackrock in the first three months of 2016, compared with 668 properties in Kensington and Chelsea. Trinity College Dublin economist Ronan Lyons, the author of Daft.ie housing reports, says: “The number of high-end properties in Dublin is very low, in a city growing rapidly and with a high presence of executives for foreign multinationals.

“Like London, Dublin is a city that has been forced by regulation to grow out, rather than up, which has made housing unnecessarily scarce and expensive at all ends of the market.”

Dublin compares well, though, in city surveys: recent studies carried out by Mercer ranked it better than London on both quality of life and the cost of living for expatriates.

Dublin also fares better than London when it comes to self-reported health. Just over 50 per cent of Londoners rated their health as “very good” in the 2011 census, compared with 63 per cent of Dubliners.

In Kensington, 57.5 per cent said they were in “very good” health; in Blackrock, the figure was 71 per cent.

On tax and pay, however, the news is better for London’s high-fliers. Wages are lower in Dublin. Despite Ireland’s reputation abroad, income tax is higher in Dublin than in London, considerably so.

Private education seems to be a must-have for wealthy Londoners, though this may say something about London’s schools generally. Kensington has 67 private secondary schools within a three-mile radius, more than exist in the whole of the Republic and almost twice as many as exist in Dublin (35), though seven of these are near Blackrock.

When it comes to entertainment, Dublin might have some work to do for luxury-drenched bankers. While the city is renowned for its pubs, its residents are relatively starved of Michelin-star restaurants. There are five in Dublin against 65 in London.

The Merrion Hotel is home to Restaurant Patrick Guilbaud, Ireland’s only restaurant with two Michelin stars, where soup is dressed up as potage, the wine list is longer than War and Peace and napkins magically morph into elegant swans the moment you go to the loo.

On the other side of the city is Chapter One. It only has one star, but it is stunning all the same. The atmosphere is a lot more relaxed, the food is awesome and the Irish whiskies served after a meal live long in the memory.

The five-star Marker Hotel is a new arrival on the Dublin scene and certainly an option with its supercool rooftop bar looking down on Facebook and Google and an excellent restaurant that serves a mash-up of dinner and lunch – called “drunch” – of a Sunday.

Blackrock does have its very own Michelin one-star venue, Heron and Grey, though it is now booked out well into 2017.

Dublin does well on golf clubs, however, with 113 clubs within an hour’s drive of Blackrock, compared with 30 in easy reach of Kensington.

Socially, however, Dublin is more sedate than some younger London high-fliers might enjoy. Once they have quickly tired of Temple Bar, if that was ever an option, they could be expected to gravitate to hipster central on South William Street.

Dawson Street’s swankier bars, or the Shelbourne Hotel, will be draws. Kehoe’s on South Anne Street, the Stag’s Head on Dame Lane, Mulligan’s on Poolbeg Street and Grogan’s on South William Street offer authentic experiences, but braying laughter coupled with flash obnoxiousness will not impress the locals.