Republican activist emphasises responsibility of those in power to safeguard liberties 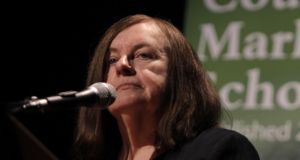 The primacy of human rights has to be the  lens through which we can "understand society" and be "agents for a better world",  former MP, socialist and republican activist Bernadette McAliskey has said.

Speaking at a symposium on the late international lawyer and scholar Prof Kevin Boyle at NUI Galway (NUIG), she said there was an urgent need to emphasise the responsibility of those in power to “protect human rights”.

“We have courts, police and prisons for the individual violators,”she said. But “we need to get the human rights narrative back off the individual zoological approach that anybody who violates another human being can be held to the same account as the governments whose international and national obligation is to protect human rights”.

Expressing concern that Northern Ireland still had no Bill of Rights, she questioned a welfare state which could “dehumanise” people by deeming them “ineligible” for public resources.

She was also scathing about the outcome of the 2004 citizenship referendum in the Republic.

“I had barely forgiven ye forArticles 2 and 3 – I’ll get over that,” she said, referring to the outcome of the December, 1999, referendum amending the Constitution.

However, the result of the 2004 citizenship referendum, which, she said, “took away from vulnerable children Irish citizenship by birthright”, was a “shameful stain on the collective conscience of the Irish Republic” which “you will never ever wipe”, she said.

Recalling the “accidental” juxtaposition of events which led to herself and the late Prof Boyle being involved in civil rights in the North in the late 1960s and early 1970s, Ms McAliskey said she blamed the 1947 Education Act.

This had allowed the “poorest” of people, like herself, the “audacity to benefit from education”.

The archive of Prof Kevin Boyle’s material, catalogued by archivist Barry Houlihan, was unveiled by Attorney General Máire Whelan. The symposium was jointly hosted by NUIG’s School of Law, Irish Centre for Human Rights and the James Hardiman library.