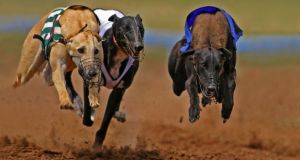 Attendances at greyhound tracks dropped by a fifth in the aftermath of RTÉ’s expose of mistreatment of dogs in the sector as the sport faces a “problematic” financial future, an Oireachtas committee has heard.

The Irish Greyhound Board (IGB), which today is giving evidence on its 2017 accounts to the Public Accounts Committee, also said that it had marked down the value of its stadium portfolio following a revaluation exercise by more than €20 million.

IGB chief executive Gerard Dollard told the committee that in its 2018 accounts, which are not yet published, the value of fixed assets held by the company fell from €51.5 million to €29.4 million.

The PAC heard this morning that the commercial future of the sport was under threat due to dwindling attendances and the poor financial performance of many tracks.

“The existing model from a financial sustainability perspective is problematic,” Mr Dollard told Fine Gael TD Alan Farrell. “Bottom line, looking at our own stadia, Shelbourne Park and Cork wash their face. All other stadia lose money,” he said. “There has to be a rationalised industry. I expect the footprint will have to change,” he said

Mr Dollard flagged earlier that the “footprint” of the industry may have to change. Economic consultants Indecon are currently examining this issue, with a report expected next month.

The sport lost the support of Barry’s Tea and insurer FBD in the aftermath of the RTÉ programme earlier this year, although the committee heard the combined impact of lost sponsorship is less than €10,000.

Connolly’s Red Mills, an animal feed supplier, also pulled its sponsorship, but its budget has been redeployed to directly support welfare. Mr Dollard also said that his organisation has made a complaint to the Broadcasting Authority of Ireland over the RTÉ programme.

The Committee heard that average attendance at greyhound meetings has fallen to 319. Overall, attendance was down 19 per cent in 2017 compared to 2016. Meanwhile, turnover from racing has also fallen dramatically in recent years, from €32.9 million in 2010 to €22.7 million in 2017.

The IGB has not made any request for increased funding from the exchequer for this year, the committee heard. However, its strategic plan is predicated on a multimillion euro increase in exchequer funding between now and 2021.

The organisation is also facing staffing issues. Mr Dollard confirmed that the IGB’s Director of Governance and Compliance has been on leave since February of 2017, and there is no director of sales and marketing at the semi-state company.

Mr Dollard told Sinn Féin TD David Cullinane that while many aspects of the sport’s performance are challenged, the sale of media rights and international broadcasting rights, as well as the overall tote performance, is improving.

The IGB detailed a variety of measures to improve animal welfare which have been put in place since the broadcast of the RTÉ programme. However, the committee also heard that the Department of Agriculture had not been given a consultancy report which formed a core part of that programme until May of this year, despite it being completed in December of 2017.

The report, by consultancy firm Preferred Results, suggested that up to 6,000 dogs could be being culled in the industry every year. The IGB has rejected the report, which cost €130,000. Mr Kelly said it was “absolutely shocking” that the Department were not told about the report until the broadcast of a programme which detailed its contents, even if the IGB did not agree with its conclusions.