Arsenic detected in a small number of private wells 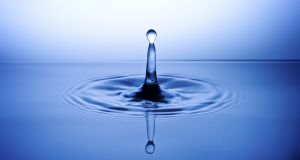 “Elevated” levels of naturally-occurring arsenic have been detected in a small number of groundwater sources for drinking water, according to a new national study.

Potential “hotspots” for contaminated groundwater have been identified in the northeast and the southwest, researchers at NUI Galway’s Ryan Institute have found.

However, the “vast majority” of wells analysed are within safe health limits.

Some 25 locations were above Irish threshold values, with nine of these above World Health Organisation (WHO) levels.

The study led by Dr Liam Morrison with Ellen McGrory, in collaboration with the Geological Survey of Ireland and the Environmental Protection Agency (EPA), has been published in the journal Science of the Total Environment. 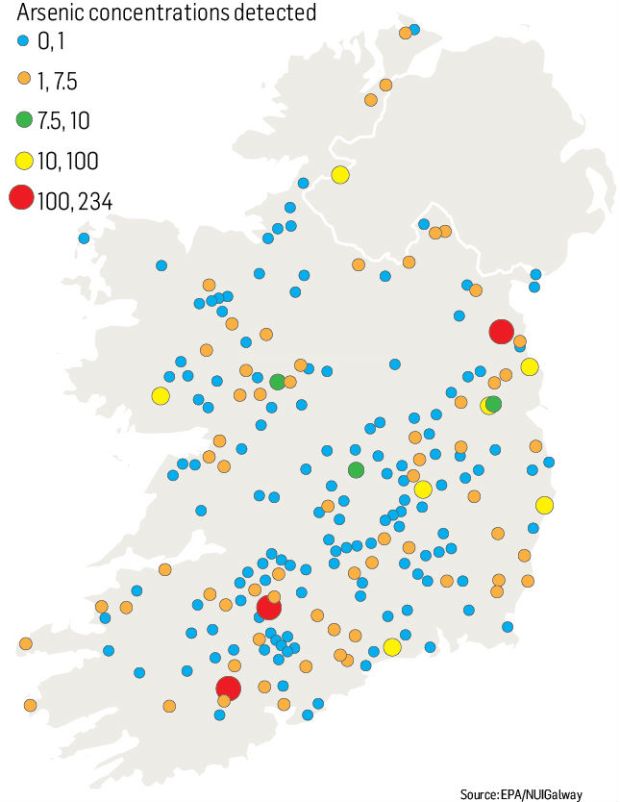 It drew on available datasets for arsenic, which can occur naturally in certain rock types and thereby affect groundwater.

Some 25 per cent of drinking water in Ireland draws on groundwater, but this rises to 100 per cent in certain locations.

The EPA tests for it routinely in public supplies, but some of the research focused on private wells – where the onus is on the owner to monitor quality.

There are an estimated 200,000 private domestic and farm boreholes in Ireland.

In all cases, affected well owners were either aware of the contamination or were notified by the team.

Treatment involves a type of filtration which has to be maintained regularly and monitored every year, Dr Morrison said.

Short-term exposure to elevated levels of arsenic can cause vomiting, abdominal pain and diarrhoea.

Serious poisoning is uncommon, but long-term exposure can lead to chronic and serious illness.