Armagh men had a passion for angling 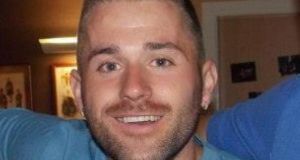 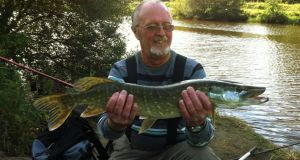 John Trimble is in a stable condition in hospital in Ballinasloe following the ill-fated fishing expedition. 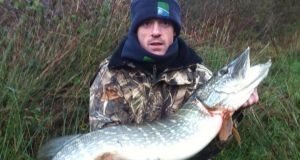 David Warnock, who perished on the Lough Ree fuishing expedition


A passion for angling was what brought David Warnock, Daryl Burke and John Trimble together for their ill-fated fishing expedition on Lough Ree near Athlone.

A look at the smiling faces of the three men on their Portadown Pikers angling club Facebook pages told of how deep was that commitment.

There are pictures of John Trimble and David Warnock cradling huge pike that they lured from the depths, while a slogan featured on Daryl Burke’s page indicated a sense of humour as well as a devotion to fishing.

A take on an old Christian message, it read: “Give a man a fish and he has food for a day . . . teach him how to fish and you can get rid of him for the weekend.”

There was a sense of irony about that message, considering the circumstances of how they were all setting out on what they hoped would be a weekend of good fishing and camping comradeship on Lough Ree with three other members of the club.

Trimble, in his 60s and a father of three grown-up children from Armagh city, currently in a stable condition in hospital in Ballinasloe, was the older of the three but the attraction of fishing which covers all generations made them firm friends.

In Co Armagh towns such as Portadown, Armagh, Markethill and Richhill with which the men are associated there was grief and sadness and huge sympathy for the men and their families.

There was relief that Mr Trimble was rescued and prayers and hope that he will recover. In the towns and on the various sites such as Facebook and Twitter people expressed their condolences to the family of 27-year-old David Warnock from Armagh, who died in the accident.


Human feeling
There was great fellow human feeling too for his partner Sandra Kerr and their three-year-old son, as there was for the missing man, Daryl Burke and his wife Louise and young children – a sorrow compounded by the fact she is expecting another child.

Colin McCusker said the men’s families, the local community and in particular the angling community were devastated.

He is a cousin of Mr Warnock and also knows Mr Burke.

“This is just terrible news. I got word at 10.30pm on Thursday night and since then have been trying to help in any way I can,” he said.

He organised some men to go down to Lough Ree to bring back the vans belonging to the anglers, while members of the Portadown Pikers travelled to the area to assist in the search, help the friends who were with the three men, and also to look out for the families of the men.