Angler (78) drowned after falling from boat in rough conditions 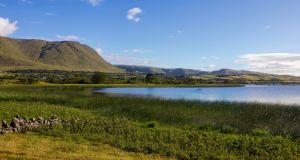 According to the Marine Casualty Investigation Board water conditions on Lough Mask at the time were choppy with a westerly swell. Photograph: iStock

A 78-year-old angler who drowned after falling from his boat in rough conditions would have suffered some form of shock from the cold water, impeding any chance at survival, an investigation has found.

The man, who is not named and who lived in Ballinrobe, Co Mayo went fishing as usual from Cushlough on Lough Mask, on March 8th, 2019.

The alarm was raised when he failed to return to the boat slip.

According to the Marine Casualty Investigation Board (MCIB), which examines such fatalities, water conditions at the time were choppy with a westerly swell.

At about 6pm, some five-and-a-half hours after his departure, an effort was made to ring his mobile phone. A local person also travelled to his house where he lived alone.

A search and rescue operation subsequently got underway and the following day his boat was found in good condition near some rocks about a mile and a half from the slip with its fishing equipment safely stowed.

While searches continued, it was not until March 30th that the man’s remains were found at the bottom of the lake.

“Once in the water fully clothed and not wearing a PFD [personal flotation device], he would have struggled to re-board the vessel,” the report found.

“The water temperature was 8 degrees Celsius and would have been cold to the human body on immersion. This would lead to the potential of cold shock for a person being suddenly immersed in the cold lake water.”

Both the temperature and lack of buoyancy aid would have “considerably reduced his chances of survival”.

It also noted that the weather conditions had deteriorated to the point that any experienced angler would have found difficult to manage.

In November, a coroner’s report found the cause of death to be asphyxia due to drowning.