Analysis: Crisis has cut qualms about informing on fraudsters 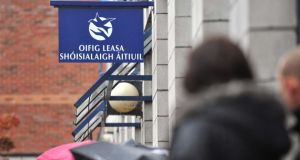 If the soaring number of anonymous tip-offs over suspected social welfare fraud is anything to go by, the population is happy to embrace a new culture of grassing on their neighbours. Photograph: Provision

To label someone “an informer” throughout Irish history has traditionally been one of the most incendiary insults imaginable.

If the soaring number of anonymous tip-offs over suspected social welfare fraud is anything to go by, the population is happy to embrace a new culture of grassing on their neighbours.

While informing was once considered an act of national treason, now – the message seems to be – it’s in the national interest.

This transformation in attitudes has mirrored the country’s economic collapse.

Whereas just 600 reports of suspected fraud were reported to authorities at the tail-end of the boom years in 2007, the numbers jumped to more than 1,000 a year later just as the downturn began to hit.

Ever since, they have been climbing upwards. New figures show the number of anonymous tip-offs this year had reached 21,000 by November and may end up exceeding last year’s record of 28,000.

It shouldn’t really be all that much of a surprise. With limited resources to go around, there’s a greater recognition than ever that assistance should go to those most in need.

Burning indignation
In addition, taxpayers hit with higher taxes and charges to maintain our social safety net feel a burning sense of indignation at anyone unfairly claiming benefits they’re not entitled to.

The Government, too, is all too keen to encourage whistleblowers. Anyone nowadays can simply log on to the Department of Social Protection’s website to file an anonymous report, without ever lifting the phone.

The more money that can be saved through fraud detection in a welfare system that costs €20 billion a year to fund, the fewer unpopular decisions Government Ministers face such as cutting vital benefits.

Over the coming year, for example, Minister for Social Protection Joan Burton has set a new record target of €740 million to be saved in clamping down on so-called “control measures”.

This doesn’t mean fraud is rampant or that savings can all be attributed to people trying to milk the system.

Fraud vs error
Control measures include steps to tackle overpayments and clerical errors, as well as fraud.

Similarly, a survey of one-parent family payments found that just over 2 per cent of payments related to suspected fraud, while 0.3 per cent involved errors.

The measures to be used over the coming year to ensure scarce welfare resources are being spent where they are needed will include mailshots to social welfare recipients to confirm that eligibility conditions continue to be met, direct reviews of entitlement by inspectors and medical recertification, and fraud and abuse investigations.

It’s these kinds of reviews, rather than anonymous tip-offs, that yield really significant savings.

In fact, only a minority of anonymous tip-offs lead to any savings.

According to an internal Department of Social Protection sample survey of anonymous reports, almost 16 per cent resulted in control savings.

Full extent
This, however, was considered conservative by officials given that there were ongoing investigations in some of the surveyed cases.

In addition, there is often a perception of fraud where none has occurred.

For example, an individual who is the subject of an anonymous report may be doing something that is allowed under the welfare rules , such as working and receiving a one-parent family payment, provided earnings are within official limits.

Nevertheless, these reports are saving millions in a system which is under huge pressure to root out any cases of unnecessary spending.

Ultimately, any moral dilemmas we may have had in the past about informing authorities look to be on the wane.

There is a growing recognition that social welfare fraud undermines confidence in the entire system – and it is unfair to the taxpayer who funds the system in the hope it will be there for them if they need it.