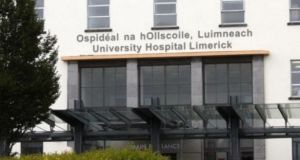 The doctors say they “profoundly regret” the waiting times for patients but go on to argue UHL is under-resourced compared to other hospitals.

Senior doctors at University Hospital Limerick (UHL) have written an open letter to the people of the mid-west about the difficulties in its emergency department, which has the worst overcrowding in the State.

The letter signed by five clinicians said the hospital has faced serious challenges in providing enough beds for patients in the ED, and these shortage have led to “unacceptable numbers of frail and elderly patients waiting for far too long in the ED for a bed in the hospital”.

The doctors say they “profoundly regret” this has been the case but go on to argue UHL is under-resourced compared to other hospitals.

The letter contrasts the resources available to UHL with those enjoyed by Beaumont Hospital in Dublin, which has been praised for its management of waiting lists.

The Limerick doctors claim Beaumont has 31 per cent more staff and 39 per cent more beds than UHL, yet UHL saw 21 percent more patients in its ED in 2017.

Beaumont is a national centre for neurosurgery and renal transplantation, whereas UHL does not have any national designation.

The letter asserts that UHL has the shortest average length of stay in the State, and the length of stay for medical patients is half that of Beaumont. It say UHL manages similar volumes of patients to Beaumont with fewer staff, including medical staff.

Eradicating existing deficits at UHL and bringing staffing levels up to the same levels seen elsewhere is dependent on additional funding, the doctors say.

The letter was sent to the Limerick Leader newspaper after it began a campaign about overcrowding at UHL, and to other local newspaper.

There were 58 patients waiting for admission to UHL this morning, more than in any other hospital, according to the Irish Nurses and Midwives Organisation. Beaumont has 33 patients waiting.