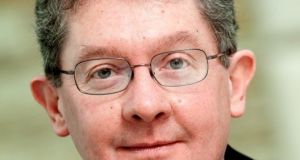 Professor Séamus Davis has generated numerous advaces through his work in visualising electronic quantum matter at the atomic scale.

Prof Séamus Davis has been awarded an international prize for his contributions to quantum physics. The Olli V Lounasmaa Memorial Prize for 2020 was awarded to the UCC-based scientist for his pioneering research into visualising electronic quantum matter at the atomic scale. His work is exploratory, setting out to find quantum states.

Prof Davis compares the field to Christopher Columbus’s discovery of the New World while searching for a route to the Indies: researchers set out into the unknown, discover unexpected new continents, and then have to explore further.

A revolution in computing will be driven by quantum technology, he predicts. Such technology at present relies on superconductors operating at temperatures close to absolute zero, but to be commercially viable, room temperature quantum computing is needed. He has built tools that are moving the field forward.

“Direct visualisation of electronic quantum matter at the atomic scale is a revolutionary new approach to discover and study such quantum materials,” he explains, “and plays a central role in high temperature superconducting research for quantum technology.”

The award is in honour of a pioneer in low temperature and quantum matter physics at Aalto University, Finland.

The award citation praises Prof Davis’ work: “Today, the instruments emulating his design have spawned a worldwide revolution in electronic quantum matter studies, allowing direct visualisation of electronic matter. His persistent scientific and technological work has generated numerous advances in the understanding of strongly correlated superconductivity, changing the direction of discourse in the field of low temperature physics.”