Surgery contributed to deaths of two, audit of consultant finds 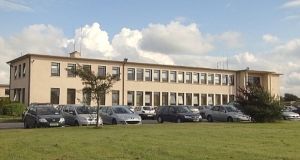 Concerns emerged following an audit by two independent orthopaedic surgeons of spinal surgery procedures carried out by a surgeon at University Hospital Galway and Merlin Park Hospital (above) between January 1st, 2013 and November 14th, 2014. 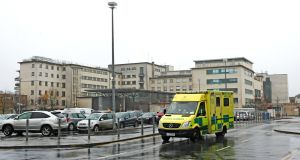 Surgery carried out by an orthopaedic surgeon in Galway contributed to the premature deaths of two seriously ill patients, according to an audit of the consultant’s work.

The independent audit raised serious concerns about the work of the consultant at two public hospitals in the city over a period of almost two years.

The surgeon resigned from his position in Galway before the audit process got under way and is no longer working in Ireland.

The concerns relate to spinal surgery carried out by the consultant on four patients, out of almost 200 files examined, according to Saolta University Hospital Group.

“In a number of cases where there were other very serious underlying illnesses, the patients have since passed away,” a spokeswoman for the group told The Irish Times.

It is understood that although some of the patients were very seriously ill, the surgery, while not fatal, accelerated their deaths.

Asked whether the spinal surgery was a contributory factor to the two patients’ deaths, the Saolta spokeswoman replied: “We are engaging directly with the patients and families whose care was audited as part of this process and discussing it directly with them.”

The concerns over the treatment provided for the four patients by the consultant emerged following an audit by two independent orthopaedic surgeons of spinal surgery procedures he carried out at University Hospital Galway and Merlin Park Hospital between January 1st, 2013 and November 14th, 2014.

Milder concerns were expressed in the audit in relation to the treatment provided to another 30 patients.

The two hospitals have engaged with all the affected patients or their families and have offered them an independent clinical review, the hospital group spokeswoman said.

“The hospital will continue to engage directly with the patients and families concerned. The hospital has also been in contact with patients’ GPs,” she said.

A total of 198 cases were reviewed, from which serious concerns emerged in four cases.

“The independent experts did comment on different aspects of the care of some of the other patients, and management and clinicians at Galway University Hospitals are meeting patients individually, should they wish, to take them through the external experts’ comments and offering them an independent clinical review.

“For the vast majority of patients, the independent experts did not raise any significant concerns,” the spokeswoman said.

The surgeon whose work was investigated had trained in Ireland and has worked in the UK and the Middle East.

He was recruited to work in Galway through normal Health Service Executive (HSE) procedures. Although now working abroad, he remains registered with the Medical Council in Ireland.

The examination of his work was triggered after staff in Galway raised concerns about the treatment received by patients in late 2014. A full audit by two retired orthopaedic surgeons was commissioned following an initial review.

The Medical Council has been advised of the matter, but the hospital group has declined to indicate whether any disciplinary proceedings have been taken.

The council has the power to investigate allegations against doctors who are registered to practise in Ireland, but it cannot compel witnesses to give evidence if they are overseas.

There is no ongoing safety concern in relation to spinal or other orthopaedic services at the hospital, the spokeswoman said.

New processes have been put in place following the audit, including increased supports for spinal surgery and the holding of multidisciplinary meetings for complex cases.

“Galway University Hospitals-Saolta University Health Care Group regrets any distress this process may cause to patients or their families,” she said.