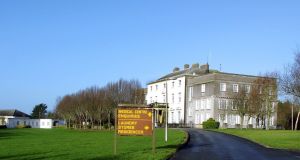 The St John of God facility in Drumcar, Co Louth, where managers were criticised for failing to protect residents from abuse. Photograph: Tom Conachy

St John of God has been part of the landscape of Irish health since the 1880s, and today provides a diverse range of services, from adult mental-health services in Dún Laoghaire/Rathdown and child mental-health services in south Dublin/Wicklow to special schools and learning disability services in various locations. Many of the services it runs are provided on contract for the HSE, but it also operates a long-established private psychiatric hospital in Dublin.

The order is an international Catholic organisation with its headquarters in Rome and more than 300 hospitals and centres in 53 countries. Ireland was originally part of the order’s West European Province, which also includes Britain and Malawi.

In Ireland, St John of God’s services are grouped into a number of limited companies reporting to group chief executive John Pepper, who has been on sick leave since last year.

The charity’s HSE-funded activities are co-ordinated by St John of God community services, which supports 7,000 adults and children daily.

In recent years, St John of God intellectual disability services have come under scrutiny in a series of critical Hiqa reports. Parts of a centre in Co Kildare were closed over welfare concerns after officials found more than 100 incidents had occurred between inspections.

At a centre in Drumcar, Co Louth, managers were criticised for failing to protect residents from abuse. Similar issues have arisen with St John of God-run homes in Northern Ireland, where regulatory inspectors forced the closure or transfer to other operators of a number of centres because of poor conditions.

In 2012 the order restructured its activities in Ireland, partly in recognition of the falling number of brothers – fewer than 20. Lay management was put in place, but direct accountability to the Vatican remains.