Spectre of suicide haunts proceedings and is set for return 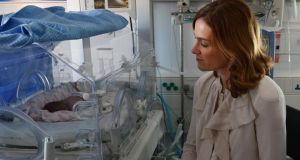 A thorny challenge for the Government got even thornier after the first day of the Oireachtas health committee’s hearings into its plans to legislate for abortion.

There was the expected general welcome for the Heads of the Protection of Life During Pregnancy Bill published last month but also clear divergences of opinion on some issues between Oireachtas members and, more surprisingly, medical practitioners.

Most but not all of the concerns expressed related to the inclusion in the Bill of the threat of suicide as a reason for allowing a woman to obtain a termination.

When the committee last held hearings on this issue last January, proceedings were dominated by leading specialists called to give evidence, among them Dr Peter Boylan and Dr Rhona Mahony of the National Maternity Hospital, and Dr Sam Coulter Smith of the Rotunda Hospital.


‘Saving women’s lives’
This trio was again pivotal in yesterday’s hearings, but what was most striking about the day’s evidence was the contrast in tone and content between Dr Mahony’s and Dr Coulter Smith’s contributions.

For Dr Mahony, the Bill was “about saving women’s lives” regardless of whether the risk to life was physical or mental. However, if a woman dies during pregnancy for physical reasons or because of suicide, “the baby dies too”.

She had “no wish to kill babies” but in cases of suicidal ideation “we’re talking about a risk to life”.

Dr Coulter Smith, while welcoming the rest of the Bill, said the suicide clause raised a number of issues.

Psychiatrists had told the committee there was no evidence to show that abortion was a treatment for suicide, he pointed out. This raised an ethical dilemma for any obstetrician required to carry out a termination in such circumstances, particularly in the absence of any gestational time limit in the legislation.

Dr Coulter Smith gave the theoretical example of a pregnant woman at 25 weeks who seemed to be suicidal and was entitled to a termination. At this stage, delivering the foetus could lead to death or a serious condition such as cerebral palsy, posing “an enormous ethical dilemma” for his profession.

The inclusion of suicidality in the Bill might lead to an increased demand for terminations in Ireland, he also suggested.

Chairman Jerry Buttimer had opened proceedings by expressing the hope that the tone struck would be “calm, tolerant and respectful” as it had been during earlier hearings.

But with the prospect of imminent legislation now concentrating political minds, that was always likely to be a vain hope.

It wasn’t long before sparks were flying as various anti-abortion TDs and Senators quizzed Minister for Health James Reilly’s officials during the first session. Buttimer pleaded with all present to “take a deep breath”.

Dr Reilly had made a tactical error by leaving the chamber immediately after finishing his speech, an approach that went down poorly with some of his backbench colleagues in Fine Gael.

His spokesman later clarified that officials had been deputed to give “clear factual replies” to questions ahead of any political debate and pointed out that Minister of State Alex White would speak at the end of the three-day hearings.

Chief Medical Officer Dr Tony Holohan was left to defend psychiatry against claims that it was “hocus pocus” as well as the absence of gestational time limits.

He said it was not appropriate to insert specific time limits given that the viability of a foetus varied from woman to woman and given ongoing improvements in medical practice.

Lack of resources was a recurring theme, with consultants pointing out they have only half the numbers in British hospitals. It also emerged that there are just 1.5 perinatal psychiatrist posts in the country, because the three people involved have other duties.

However, the spectre of suicide haunted the proceedings all day, and is set to return for the second day of hearings on Monday, when 11 psychiatrists are due to give evidence.