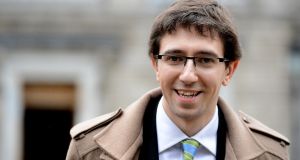 Minister for Health Simon Harris has said he is “disappointed” by the number of patients who are waiting for treatment in public hospitals.

The number of people on public hospital waiting lists increased by 9,000 in July, with more than 579,891 people awaiting treatment at the end of the month.

There were 86,111 waiting for inpatient surgery or day-case procedures in July compared to 86,018 in June.

The Government pledged to spend €50 million this year on initiatives to cut waiting lists, but the latest figures show this has yet to have a significant impact, with steady increases since the start of the year.

Defending the figures, a spokeswoman for the Minister for Health said Mr Harris has repeatedly emphasised that increasing both physical capacity and staffing capacity are priorities.

Mr Harris said capacity has already been increased in Our Lady’s Children’s Hospital, Crumlin for scoliosis procedures and a new theatre was recently opened by the Minister in the Royal Victoria Eye and Ear Hospital, increasing capacity for cataract procedures.

“It is very disappointing that this month’s figures have not shown an overall improvement but there continues to be an intensive focus on waiting lists by the Minister and his Department. and there will be a special meeting on waiting lists next week between the NTPF, the HSE and the Department,” he said.