Should latest Alzheimer’s research concern us?

Absolutely no evidence an infectious agent causes this form of dementia 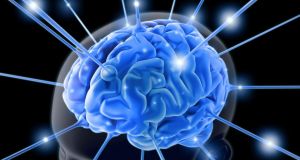 The latest research does nothing to change the established view that Alzheimer’s cannot be transmitted from person to person. File photograph: Getty Images/iStockphoto

Even the mention of a possible link between Alzheimer’s disease brain pathology and the use of human growth hormone has the potential to prompt wider concern among the public about the origins of dementia.

Should the research published in Nature worry us?

The short answer is no: what the study found was a build-up of abnormal tissue, similar to that found in dementia, in people who died of Creutzfeldt-Jakob disease (CJD) and who had been given injections of growth hormone decades earlier.

The small number of patients had never exhibited clinical signs of Alzheimer’s disease. We know the way brain cells die in both diseases is similar; the latest study is likely to be no more than further evidence of a common end-stage pathological pathway.

CJD is an extremely rare fatal degenerative brain disease caused by the presence of a protease-resistant protein, also known as prion. These collect in the brain.

Most cases of CJD occur sporadically rather than being the result of infection and are thought to be caused by the spontaneous mutation of naturally occurring prion proteins.

The transmission of CJD by means of medical treatment is rare but has been documented in adults who, as children, received growth hormones extracted from the pituitary glands of cadavers. There have also been concerns the disease-causing prions could be transferred through contaminated surgical equipment.

CJD is a different disease from variant CJD (vCJD). Patients with vCJD tend to be younger than those with sporadic CJD.

This form of CJD is linked to bovine spongiform encephalopathy (BSE) in cattle and appears to have arisen through the consumption of BSE-infected animal products. In animals, the phenomenon became known as “mad cow disease”.

Dementia, a term that describes a number of conditions that cause damage to brain cells, affects 48,000 Irish people. Alzheimer’s disease, the most common form of dementia, occurs when amyloid plaques build up in the brain.

There is absolutely no evidence an infectious agent causes this form of dementia.

Wednesday’s research does nothing to change the established view that Alzheimer’s cannot be transmitted from person to person.