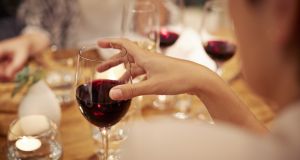 A new trend is emerging of younger women running into problems with alcohol, a liver specialist has said.

Prof Frank Murray of Beaumont Hospital and president of Royal College of Physicians in Ireland has warned that Irish people are underestimating how much they drink and the harm it can cause.

Three Irish people die every day as a result of alcohol abuse. Previously these would have been mostly older men drinking heavily in pubs on a regular basis.

However in recent times there has been a huge increase in the number of women being admitted to hospital and dying from liver failure, Prof Murray says.

Speaking on RTÉ’s Morning Ireland, Prof Murray said, “Commonly they are in their 40s, less commonly in their 30s and sometimes over 40s as well.

“We’ve seen a big change in deaths due to alcohol from being mainly older men to being much more gender balanced and much younger people.”

He said this change has come about because in Ireland and in the UK, most alcohol is now consumed at home rather than in the pub.

“What happens is people buy wine and in some cases people drink half a bottle a night several times during the week and a bottle each day at the weekends. That’s enough to cause liver failure.

He said that blood tests are not very precise and can often pick up the effects of alcohol rather than alcohol damage.

“The sad fact is we don’t have a great test of impending liver failure or impending advanced damaged leading to cirrhosis and liver death. Any abnormality should be a very serious warning to patients if they’re drinking substantially.

“Unfortunately many people with advanced liver disease will have relatively normal blood tests of the liver.”

“There are two components, cirrhosis and the inflammatory component which will fade away if they stop drinking.

“Unfortunately when people get admitted to hospital with acute alcohol hepatitis - half of them die. Frequently that’s their first presentation. They die during that first admission, that’s the first that they know they’re in trouble.

“That’s part of the problem, people don’t identify any symptoms, they’re not out of breath, running out of energy, there’s nothing that they will recognise as specific. Interestingly people who drink heavily feel terrible all the time, that’s the alcohol, rather than the liver disease component of it.

“The majority of people who present with liver failure have not had antecedent symptoms which are attributable to the liver failure itself.”

“Unfortunately many patients who present will die in their initial presentation, or they are in hospital for a very long time with complex problems related to their liver failure.”

Prof Murray said the patients would not make it to liver transplant stage because the liver disease is too severe to get them over the six month period of abstinence that’s required for liver transplant.

He described it a complex and high mortality illness.

“There is a recklessness to it, most people underestimate how much alcohol they consume, by 61 per cent. There is a huge amount of under estimation of what they drink and of the risk.”