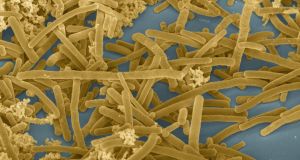 Could some probiotic bacteria be helpful in treating stress-related disorders and other mental health conditions?

That’s the subject of a new review paper by researchers at the Alimentary Pharmabiotic Centre (APC) at University College Cork, who have been researching the potential use of probiotic gut bacteria in the treatment of stress-related disorders.

Psychiatric illness
Their paper in Biological Psychiatry uses the term “psychobiotics” to describe a “live organism that, when ingested in adequate amounts, produces a health benefit in patients suffering from psychiatric illness”.

But to put things in perspective, study author Prof Ted Dinan emphasised that only a small proportion of probiotic bacteria could lay claim to the title.

“Many probiotics that are currently available, despite the name, have no health benefit and certainly no benefit from a mental health perspective,” according to Prof Dinan, who is professor of psychiatry at UCC and a principal investigator at the Science Foundation Ireland-funded APC.

“[We] estimate that less than 5 per cent of probiotics may have psychobiotic activity and they provide guidance on how such bacteria can be identified.”

Anti-depressants
Prof Dinan, who wrote the paper with Prof John Cryan and Prof Catherine Stanton, stressed that more studies in humans were now needed in the area.

“Psychobiotics are unlikely to replace anti-depressants in patients with severe forms of depression or anxiety.

“However, they offer enormous potential in patients with milder conditions,” he said.

The APC is now looking to develop psychobiotics as “medical foods” with an industry partner, added Prof Dinan.