Reports are duly compiled and promises duly given, but little changes 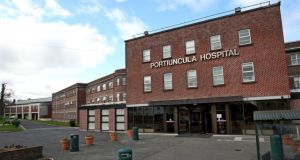 The problems revealed at Portiuncula Hospital are only the latest in a series of controversies over standards in maternity units to emerge in recent years.

The death of Savita Halappanavar in University Hospital Galway, now almost 2½ years ago, pointed to the need for a long, hard look at the conditions and standards in these units. Multiple reports were commissioned after her death; a central recommendation was that a national maternity strategy was needed.

The masters of the main Dublin maternity hospitals repeatedly pleaded for action in response to chaotic and chronic overcrowding, warning that safety was being impaired and deaths could occur.

But deaths were already occurring, and the revelation last year that at least five babies had died after delivery in the Midland Regional Hospital in Portlaoise only served to highlight the need for a properly thought out and resourced maternity strategy.

Former minister for health James Reilly promised the strategy would be completed by the end of last year, but the Government didn’t deliver. Instead, the Department of Health embarked on a “literature review”, which sounds like a leisurely approach to a pressing problem.

The current Minister, Leo Varadkar, now promises that the strategy will be ready by the end of this year.

The compromise solution now favoured is that maternity services will be reorganised within hospital groups, whenever they get off the ground.

Ironically, Portiuncula shows that some lessons have been learned from earlier crises. The problem was identified internally, rather than emerging through external circumstances. Whether it was identified on time remains to be seen.

What triggered the internal investigation was a spike last year in the number of babies being born “flat”, or unresponsive, and who were referred to Dublin for treatment.

In order to reduce the risk of brain injury among babies who have been starved of oxygen or blood during a difficult birth, a new treatment known as “baby cooling” is used. The baby is placed on a cooling mat, set at a temperature of 33 degrees, in an incubator for up to 72 hours.

The therapy is not available in the west of Ireland so all babies requiring it are sent to Dublin for treatment. The treatment has to begin within six hours of birth, so obstetric staff have to decide quickly whether to refer a baby for it.

This prompted a wider review of births during the period, which found deficiencies in seven deliveries. Two of these babies died and five were seriously deprived of oxygen.

The deficiencies are similar to those identified in Portlaoise, which shows the urgent need for a wider review to be completed quickly.

They include shortcomings in the way the foetal heartbeat was monitored during childbirth, in particular a failure to spot worrying decelerations on the CGT tracing, and the way drugs are administered to accelerate labour.

It isn’t clear yet if negligence was involved. If such a finding is made, doctors and nurses will inevitably find themselves under scrutiny. What a shame if the inactions of politicians, in Government and Opposition, don’t attract the same level of critical examination.