Of the 221 women affected, some 178 have no evidence of disease, HSE report finds 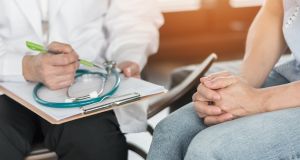 The HSE report found that almost half of the 221 group were women in their thirties, while 30 per cent were in their forties. Photograph: iStock

Most of the 221 women caught up in the cervical cancer screening controversy are now free of the disease though they may continue to experience side-effects, a report prepared by the Health Service Executive shows.

Some 178 of the women were reported by their doctor to have no evidence of active disease, while 21 have died and 18 remain in treatment. The health status of the remaining four women is unknown, according to the report commissioned by the HSE CervicalCheck steering group.

While some of the women may need little support, others have many and varied health and fertility issues, it says.

Seven of the women did not have cervical cancer but had other cancers of the female reproductive system and were included because they had changes detected in their smear tests. “The explanation for these women being classified as cervical cancer is that they were classified as such on presentation with advanced pelvic disease and subsequent examination showed that they had other cancers – endometrial, ovarian, uterine and poorly differentiated tumours.”

Between 2008 and 2018, the smear tests of 1,482 women who developed cervical cancer were reviewed in an audit. This found that for 221 of the women, the screening test could have provided a different result.

The controversy around CervicalCheck erupted last year when it emerged that most of the affected women had not been informed of the audit. This prompted the resignation of the director of the programme, Dr Gráinne Flannelly, and the commissioning of a report into the affair by public health doctor Dr Gabriel Scally.

Since May 2018, the Government has made available to the 221 group a package of supports including medical cards, counselling, assistance with expenses and access to cancer drugs.

That cervical cancer is a young woman’s disease is illustrated in the report’s finding that almost half of the 221 group were women in their thirties, while 30 per cent were in their forties.

Some 153 of the women had squamous cell carcinomas, the most common type of cervical cancer. Fifty had adenocarcinomas, which are difficult to diagnose because they occur higher up in the cervix and the abnormal cells are harder to diagnose.

The report – which was given to the 221-Plus Cervical Cancer Support Group at the weekend but has not yet been published – details the often invasive treatment some of the women had to undergo, including hysterectomy, chemotherapy and radiotherapy, and removal of the fallopian tubes and/or ovaries.

“Having no evidence of active disease does not mean that women do not experience short-term and long-term side-effects. Every cancer treatment can cause both physical and psychological side effects.”

Among the complications reported by doctors are infertility, premature menopause, pain, and bladder and kidney problems.