Many children critically ill before they receive medical attention 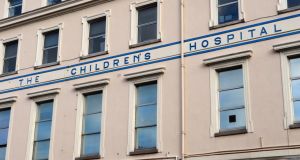 Dr Cilian Ó Maoldomhnaigh, of The Children’s Hospital Temple Street Dublin, said despite the success of the meningococcal C vaccine and sepsis guidelines a reduction in disease incidence has not coincided with improved outcome for those children with invasive meningococcal disease. Photograph: Eric Luke/The Irish Times

Ireland has the highest rate of invasive meningitis in Europe, with many children here critically ill before they receive medical attention, a major conference in Dublin has heard.

New research presented at the annual meeting of the European Society for Paediatric Infectious Diseases yesterday underlines the need for a meningococcal B vaccination strategy in the Republic, the study authors said.

Dr Cilian Ó Maoldomhnaigh of the Children’s University Hospital, Temple Street, Dublin, told the conference that despite the success of the meningococcal C vaccine and sepsis guidelines a reduction in disease incidence has not coincided with improved outcome for those children with invasive meningococcal disease (IMD). “Children who die are critically ill before receiving medical attention, highlighting the need for a vaccination strategy.”

He and Prof Karina Butler, consultant paediatrician at Our Lady’s Children’s Hospital, Crumlin, Dublin, analysed 382 cases of IMD from the two children’s hospitals from 2001-2011. Following the success of the Men C vaccine , almost all cases in this period (94 per cent) were due to the group B strain of the bug.

Progress in care
The researchers found that, despite progress in care, the number of intensive care unit (ICU) admissions remained similar both before and after the introduction of the Men C vaccine 14 years ago.

During the study period 15 patients died, including four children who were dead on arrival at hospital or died in the emergency department.

The study also revealed the average time to death was only five hours for 11 children admitted to ICU.

Dr Ó Maoldomhnaigh said he hoped the research would assist the national immunisation advisory committee (NIAC) in its forthcoming deliberations on making a recommendation on the introduction of a Men B vaccine here.

According to the European Centres for Disease Control and Prevention Surveillance Report, Ireland has the highest rate of meningitis B notifications in Europe, with 89 cases in 2011 (1.99 per 100,000 population), closely followed by the UK with 1.66 cases per 100,00 population.

At yesterday’s conference patient advocacy groups called for Men B vaccine to be made available free across Europe. A vaccine against Men B was licensed by the EU in 2013.

Siobhan Carroll, chief executive of Irish group ACT for Meningitis, said although the meningitis B vaccine was privately available, it wanted to see it introduced free on the national immunisation programme. “We call on the NIAC to make the right decision on this vaccine when it meets in May.”