Hundreds of patients who underwent colonoscopies in Wexford recalled

Concerns raised about quality of medical procedures at hospital 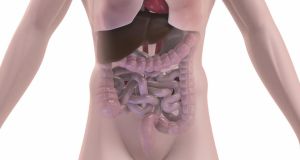 Hundreds of patients who underwent colonoscopies at Wexford General Hospital are being recalled on foot of concerns raised about the quality of the procedures carried out.

The HSE said the hospital had reviewed a number of screening and diagnostic colonoscopies undertaken in 2013 and 2014 after the BowelScreen programme raised concerns about the quality of procedures undertaken there on its behalf .

It said this process was put in place after two patients who previously had screening colonoscopies carried out in Wexford as part of the programme were identified as having interval cancers. This is a cancer diagnosed between screening examinations.

The HSE said medical teams who reviewed patients’ files found that in some cases “it was not sufficiently clear that the very end of the colon (bowel) was examined during the procedure due to the lack of clear photographic evidence”.

It said that as a precautionary measure, the medical teams recommended the recall of 118 patients, who previously underwent a screening colonoscopy, for a repeat procedure. Every patient was written to by BowelScreen in early February. This was followed up by telephone and appointments were scheduled for a repeat colonoscopy as indicated.

The HSE said the medical teams also recommended the recall of 163 patients, who previously underwent a diagnostic colonoscopy, for a consultant-provided outpatient appointment. Every patient was written to by Wexford General Hospital in early February with a scheduled appointment. It said 66 patients had already attended for their appointment and the remainder will be seen in the coming week.

Diagnostic colonoscopies are those requested by a patient’s GP to investigate gastrointestinal symptoms such as abdominal pain or bleeding.

Screening colonoscopies are carried out on people aged 60-69 who have had a positive home test as part of the HSE’s BowelScreen programme.

The HSE said all patients involved in the recall had been contacted by either BowelScreen or the hospital and patients’ GPs had also been advised.

Kenneth Mealy, consultant surgeon at Wexford General Hospital, said the process was a precautionary measure and the risk to patients was low.

“This issue was identified as part of a HSE quality assurance process. Patients’ files were reviewed and those affected were offered an outpatient appointment or a repeat colonoscopy. We acknowledge that patients may be anxious about being called for an appointment but I want to reassure them that this is purely a precautionary measure and that everyone involved in this recall has already been contacted.”

Mr Mealy also stressed the importance of population-based screening programmes and of people availing of their invitation to participate.

“The BowelScreen programme saves lives. Nationally it has already identified more than 200 bowel cancers since the programme started in 2012. A further 2,000 people have had pre-cancerous growths removed. There is no doubt that this free national screening programme is saving lives.”