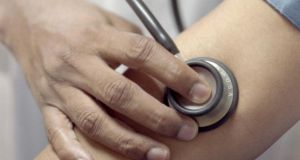 A former president of the Irish Medical Organisation (IMO) has resigned from the doctors’ trade union saying she seriously doubts it can maintain the confidence of doctors.

Dr Paula Gilvarry, IMO president in 2007/2008, has written to other former presidents and trustees outlining her reasons for resigning. “I would be hopeful that my colleagues would consider action following my intervention,” she said last night.

She says she is concerned promises made by the IMO after the departure of chief executive George McNeice in December 2012 have not been fulfilled.

Mr McNeice had a potential retirement package of over €20 million. Following negotiations, he left with a deal worth some €9.7 million. “There has been no proper forensic review of the business of the IMO,” Dr Gilvarry said. “I believe the IMO will never recover until its history and the learning from its mistakes have been fully examined.”

In early 2013, an extraordinary general meeting voted to carry out a retrospective review which was to examine all matters connected with the employment contract, payments and pension entitlements for Mr McNeice in respect of any role held by him within the IMO and any of its associated companies.

This review was also to look at financial and governance arrangements in the IMO between 1993 and 2012, dealing in particular with the awarding of contracts and third party consultancy payments.

Following years working to represent members, Dr Gilvarry says she feels let down by the stance of the current council.

“We had a crisis that could have been turned into an opportunity,” she said. “There is a general air of apathy to be overcome.”

A spokesman for the IMO declined to comment on Dr Gilvarry’s letter.