Fitness to practise committee to rule on claims against radiographer 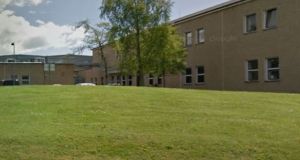 Kashimbo Musonda said other members of the radiology department at Waterford University Hospital had concocted allegations against her, which had had the effect of destroying her career.

A fitness to practise committee will deliver its verdict on Friday in the case of a radiographer who is facing five separate allegations of poor professional performance and professional misconduct including a failure to display the skills or knowledge to practice safely.

It is the first such fitness to practise inquiry conducted by Coru, the body regulating health and social care professionals.

Kashimbo Musondawas dismissed from her post as a radiographer at the Waterford University Hospital on March 10th last year after just two and a half weeks in the post.

Ms Musonda has told the committee other members of the radiology department at had concocted allegations against her, which had had the effect of destroying her career.

Ms Musonda said other members of the department had concocted allegations against her, which had had the effect of destroying her career.

Asked by Eoghan O’Sullivan, barrister, for Coru, why she thought other staff members were concocting a “pack of lies” against her, Ms Musonda said it was probably because they were uncomfortable around her.

Colleagues whispered behind her back and failed to greet her in the cafeteria, she said.

“It could be my colour,” she told the inquiry. “You don’t want that person around your area, because of their colour. You think they’re not up to par up because of the school you went to, or the continent you’re from. You have this judgemental thing.”

Mr O’Sullivan said the staff of the hospital in Waterford included people “of every class and colour and creed”. The other radiographers had known her only for a few weeks and no reason to be motivated against her.

The witness had told “lie after lie after lie” about her former colleagues in Waterford by “blackening their names” and saying they were racist, he said.

“I’m the one who is supposed to be saying this, not you,” Ms Musonda replied. “I have suffered because of this case. I’m the one who has been victimised.”

It is alleged Ms Musonda failed to demonstrate the skill or knowledge required to practise safely as a radiographer, that she failed to triple check patient identification before exposure to radiation and that she failed to enquire whether female patients were pregnant. She denied all allegations.

It was claimed in earlier evidence she could not identify an elbow from a knee on a X-ray scan.

Ms Musonda said she was now known as “the radiographer who mistook an elbow for a knee” and this false allegation was very damaging and demeaning to her.

She faced criticism at a previous hearing for allowing the mother of a young child to be exposed to radiation without lead protection three times during one screening episode.

In evidence on Thursday, Ms Musonda said the mother was never exposed and said she had only reported thing in an incident form because she was pressurised to do so by radiology services manager Louise Diamond.

Ms Diamond, recalled to give evidence by phone, said she had told Ms Musonda to write down what had happened, but had not told her the form of words to write.

Summing up her case, Ms Musonda said she had been subjected to a “motivated move to humiliate and embarrass me … to finish me off”.

Mr O’Sullivan said her claim that other staff conspired together against Ms Musonda for racist reasons was incredible.