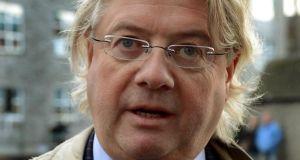 The final report of the HSE Inquiry into the circumstances surrounding the death of Savita Halappanavar is expected to be published within weeks.

The solicitor for Ms Halappanavar’s husband Praveen said tonight that he had held a very productive meeting with the chairperson and vice-chairperson of the HSE’s clinical review team which investigated the case.

Gerard O’Donnell said his client was still seeking accountability for his wife’s death in University Hospital Galway last October. A decision on whether to pursue a constitutional action in the Irish courts or a case at the European Court of Human Rights would be made shortly, he said.

He described the 2.5-hour meeting with Professor Sabaratnam Arulkumaran, who chaired the review team, and vice-chairperson Cora McCaughan as very productive.

Mr O’Donnell said Prof Arulkumaran expressed sympathy for what had happened to Ms Halappanavar and offered to meet her family when he travels to India later this year.

Mr O’Donnell, who was accompanied by a friend of Mr Halappanavar, orthopaedic surgeon CV Prasad, suggested a number of amendments to the draft final report of the team. “If these recommendations are implemented in full, we believe they will lead to significant improvements and ensure that something like this never happens again to a woman in Ireland.”

He said he wasn’t at liberty to say what the proposed changed were as these will be discussed by the review team before the final report is published. Mr O’Donnell said both side appreciated the importance of publishing the report soon and no further meetings were planned.

Ms Halappanavar died of septicaemia at the hospital last October 28th, having presented a week earlier with severe back-pain.

She was 17 weeks pregnant and was found to be miscarrying. Mr Halappanavar has consistently said the couple asked repeatedly for a medical termination over a three-day period but that this was refused because the foetal heartbeat was still present.

The inquest into Ms Halappanavar’s death lasted eight days and on April 18th, the 11-member jury returned a verdict of death by medical misadventure.