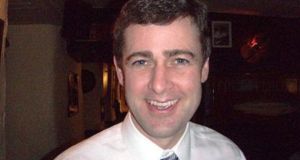 Seanad Éireann is likely to be recalled from its holidays this month to discuss organ-donation legislation passed last year.

Fianna Fáil Senator Mark Daly said he was one signature short of the 20 required for a recall on the legislation on consent and organ donation, which he said was seriously flawed.

Mr Daly, who was nominated to the Seanad by the Irish Kidney Association, said he was confident he would secure the remaining signature this week.

Those supporting his campaign include Independent Senators Seán Barrett, Rónán Mullen, Prof John Crown, Mary Anne O’Brien and Katherine Zappone as well as the 14 members of Fianna Fáil, led by Seanad Opposition leader, Darragh O’Brien. Mr Daly said under the European Communities Act, the Seanad must be recalled to debate an EU directive if 20 senators sign a letter asking for a recall.

EU law
Mr Daly claims Minister for Health James Reilly incorporated the EU law into Irish legislation, eight months before the Oireachtas health committee had hearings on Government proposals to change the system of organ donation to one of “presumed consent”.

“This is the worst implementation of this EU directive anywhere in Europe,” he said. “There are over 650 people in Ireland awaiting organ transplants including heart, lung, liver, kidney and pancreas. There are more than 1,800 people who are receiving life-sustaining dialysis in this country at a cost over 10 years of €1.2 billion. If we improved our organ transplant system . . . the 500-plus people waiting for kidney transplants could expect to receive a life-transforming operation. The resulting saving to the taxpayer over time would be €325 million.”

Dr Reilly has announced a public consultation on his plans to change the current “opt-in” system of organ donation to one that requires people to opt out if they don’t want their organs harvested after death.