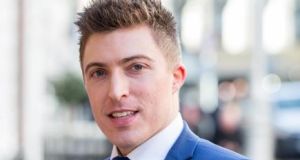 The National Association of General Practitioners (NAGP) warned Fine Gael last year that its members would individually campaign against the party in local and European elections if the Government continued to exclude the union from negotiations on the new GP contract.

The NAGP wrote to Fine Gael chairman Martin Heydon in February 2019 requesting a meeting to discuss its exclusion from negotiations on the new GP contract. A large number of NAGP members had protested outside Leinster House the previous week.

“Our members have advised us they intend to individually commence campaigning against their local Fine Gael TDs, senators and councillors, unless the current situation is corrected,” NAGP ceo Chris Goodey stated in the letter to Mr Heydon.

“The activity could involve up to 2,100 individual GPs informing their patients personally abut the health policies of Fine Gael in the upcoming local and European elections and the detrimental effect these policies are having,” he added.

The NAGP was a rival organisation to the IMO and conducted a sustained campaign aimed at Fine Gael in the early party of 2019 to be allowed become a party to the talks on the new contract.

Its president was Dr Maitiú Ó Tuathail, a friend of Leo Varadkar who later received a confidential draft copy of the new GP contract from then taoiseach.

Opposition parties have strongly criticised Mr Varadkar for the manner in which he had leaked the document to the NAGP, claiming it undermined existing industrial relations procedures.

However, Mr Varadkar has said the document was no longer confidential by mid-April as the contract had been finalised, although he expressed regret at the manner in which he sent it to directly to Dr Ó Tuathail.

Mr Varadkar is to be questioned in the Dáil on Tuesday about the matter.

On foot of the meeting, Dr Ó Tuathail wrote to then minister for health Simon Harris in March asking for the NAGP to be allowed negotiate a new contract.

In the letter, Dr Ó Tuathail stated: “The meeting was very positive and the members were in agreement that General Practice was indeed in need of emergency funding, that FEMPI should be reversed and a new fit for purpose contract was urgently required.

“We are formally requesting a meeting with you to discuss these issues in detail,” he added.

The four Fine Gael parliamentarians who attended the meeting - Martin Heydon, Kate O’Connell, Bernard Durkan and Senator Colm Burke - also wrote to Mr Harris around the same time urging him to include the NAGP in negotiations on the new GP contract.

All four were members of the Oireachtas health committee.

The letter signed by the four stated: “The framework agreed to by the IMO in terms of the collective bargaining position of the group leaves a large number of GPs - NAGP members - not in the room at talks…

“It is our firm belief as a collective that a mechanism must be found to include representative bodies of GPs in order to shape a fit-for-purpose contract.”

Government sources say Mr Harris did not meet the NAGP at that time over the GP contract or representation.