Coronavirus: ‘Transplant for me means that I could get back to normal’

Kidney, lung and pancreas transplants have all been ‘paused’ due to coronavirus 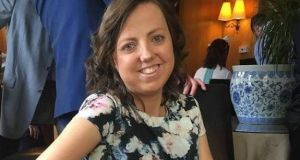 Sally Nagle, from Montenotte, Co Cork, was to receive a kidney transplant next month.

Sally Nagle from Co Cork, was due to receive a kidney transplant from her aunt this month but because of coronavirus, the surgery has been suspended until further notice.

Ms Nagle (28), who is undergoing dialysis treatment three times a week at Cork University Hospital, was informed of the decision in recent weeks.

“It was a little bit of a shock even though I can understand the reasoning why. It’s just not knowing now when it might happen because they said it was suspended until further notice,” she said.

“I’m trying to stay positive because I know it will still come. It’s just the unknown – will it be weeks, months?”

Kidney, lung and pancreas transplants have all been paused “for patient safety”, the HSE has said.

Organ Donation Transplant Ireland said the national kidney transplant service at Beaumont Hospital advised that “during this period of uncertainty and with careful consideration of the risks and benefits, they have paused kidney transplant activity, but this is under continuing review”.

“Donations are being actively considered where possible,” it said.

There are generally about 150-180 kidney transplants carried out every year.

Ms Nagle suffers from a rare bone disorder Ideopathic Multicentric Osteolysis and, as a result, suffered kidney failure aged 14. She received her first kidney transplant in 2008, which lasted 11 years and has been on dialysis since last July.

“It’s a rare condition and I’m the only case known in Britain and Ireland,” she said. “The bones in my hands and feet, mainly when I was younger, they deteriorated and formed a hard tissue instead of the bone.

“I can walk, but wouldn’t be able to walk very long distances or play contact sports that are more prone to bone breakages.”

Ms Nagle, who has been working in childcare and heavily involved in voluntary work over recent years, hopes to pursue a career in event management following the transplant.

“Transplant for me means that I could get back to normal, obviously not at the moment with the crisis, but I’d be able to look at maybe going back to work and things that I wouldn’t really have the energy for at the moment,” she said.

“With life donation, it’s two people involved and the timing has to be right for both . . . Trying to stay healthy is obviously always a worry, especially when I’m on dialysis and, overall, I’m keeping well.

“But there’s nothing to say that if something was to happen, I could get something that will set us back so definitely worries do come with it but overall I’m trying to stay positive.”

“Everything has come to a complete halt,” he said.”Patients are in this limbo because they don’t know when it might happen, they haven’t been given any new dates. People are frustrated but they understand it just can’t happen now.”