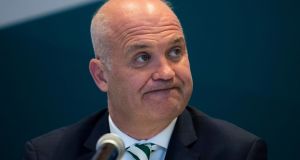 The Republic currently has the 22nd highest number of deaths from coronavirus in the world and a higher per capita death ratio and case fatality ratio than the United States, according to new data from the Johns Hopkins University.

The university pointed out that countries throughout the world have reported very different case fatality ratios.

This is due to a range of factors, many of which remain unknown, but which include differences in the number of people tested. “With more testing, more people with milder cases are identified,” the university said. “This lowers the case-fatality ratio.”

Other issues include demographics. For example, mortality tends to be higher in older populations. Characteristics of the healthcare system also play a role as mortality may rise as hospitals become overwhelmed and have fewer resources.

According to the data, the United States has by far the highest number of confirmed cases at 1,831,821. The US dwarfs even Brazil and Russia which are next in line with 555,383 and 423,186 cases respectively.

However, when measured by the case fatality ratio, the US rate of 5.8 per cent compares favourably with rates of 14.1 per cent in the UK and 14.4 per cent in Italy.

The case fatality ratio is lower in Brazil, China and Russia where it is 5.6 per cent, 5.5 per cent, and 1.2 per cent respectively. The Republic’s rate of 6.6 per cent is higher than all three of these countries, as well as the US, but considerably better than the UK and Italy.

However, the Republic compares more favourably to the UK and Italy where there have been 59.34 and 55.48 deaths per 100,000 people respectively.