Multivitamins during pregnancy linked to lower risk of autism 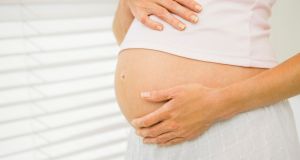 Previous research indicated autism spectrum disorder most likely develops in the womb and that a mother’s diet during pregnancy could have an influence. Photograph: Getty Images

Taking multivitamins during early pregnancy may be associated with reduced risk of autism in children compared with mothers who do not take multivitamins, according to an international study.

Experts found that children whose mothers had taken the vitamins were around half as likely to develop autism as those whose mothers took none.

The researchers stress, however, their findings published on Thursday in the British Medical Journal cannot establish cause and effect, but say they raise questions about a possible association that warrant further investigation.

Current guidelines suggest a healthy diet should give women most of the vitamins and minerals they need in pregnancy. But women are advised also to take 400 micrograms of folic acid every day for the first 12 weeks of pregnancy and 10 micrograms of vitamin D a day.

Autism spectrum disorder (ASD) includes a range of conditions, including Asperger syndrome, that affect a person’s social interaction, communication, interests and behaviour. It’s estimated that about 1 in every 100 people in the UK has ASD and that there is a similar level in Ireland. More boys are diagnosed with the condition than girls.

Previous research indicated ASD most likely develops in the womb and that a mother’s diet during pregnancy could have an influence. But results from studies were inconsistent, suggesting other unmeasured factors, such as a mother’s overall health and lifestyle, could also play a role.

Research teams in Sweden, the UK and the US set out to assess whether nutrient supplementation during pregnancy is associated with reduced risk of ASD, with and without intellectual disability.

They applied three analytical methods to a large sample of 273,107 “mother-child” pairs living in Stockholm, Sweden. The sample was restricted to children who were 4 to 15 years of age by December 31st 2011 and were born between 1996 and 2007.

Women reported their use of folic acid, iron, and multivitamin supplements at their first antenatal visit and cases of child ASD were identified from national registers.

After adjusting for several potentially influencing factors in both mothers and children, the researchers found multivitamin use – with or without additional iron and/or folic acid – was associated with a lower likelihood of child ASD with intellectual disability relative to mothers who did not use folic acid, iron, and multivitamins. There was no consistent evidence that either iron or folic acid use were associated with a reduced risk of ASD.

They accept several limitations in the study including difficulty assessing type, timing and dose of supplements. However, they underline the relatively large population-based sample size and advanced analytical methods used to gauge the robustness of findings.

“Together, three analyses appear to point toward a potential inverse association between multivitamin use with ASD with intellectual disability,” according to lead author Dr Elizabeth A DeVilbiss.

Given current understanding and strength of evidence supporting the importance of nutritional supplementation during pregnancy, “it is impossible to imagine that these results, on their own, should change current practice,” they write. However, they say these findings “raise questions that warrant investigation”, and call for verification in randomised studies “before recommending a change to current practice”.