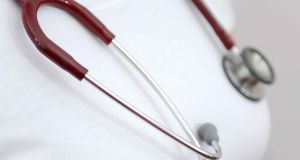 There are “ongoing concerns” about the safety of residents, risk management and staffing at the Lois Bridges centre, particularly in relation to seriously physically ill residents with anorexia nervosa. Photograph: Andrew Matthews/PA

A centre providing care and treatment for adults with eating disorders has been ordered to stop admitting seriously ill patients after an inspection found practices there to be “unsafe”.

In its report into Lois Bridges in Sutton, Dublin, the Mental Health Commission said inspections in August and December found “little improvement” at the facility since its annual inspection in March 2017.

The inspections focused on the safety of residents and the staffing levels in the approved centre.

The report said there have been “ongoing concerns” about the safety of residents, risk management and staffing at the centre, particularly in relation to seriously physically ill residents with anorexia nervosa. These concerns were risk-rated as critical.

The inspector found that seriously ill residents continued to be admitted to Lois Bridges, which did not have sufficient medical support in place to safely treat and care for them. “Staffing in Lois Bridges remained at unsafe levels,” the report said.

“Sixteen hours of consultant psychiatrist input on-site per week is not sufficient psychiatric input to meet the needs of up to seven in-patients, especially if some of those patients have severe and complex eating disorders associated with high clinical risk.

“Apart from one registered psychiatric nurse and the dietician, the medical, nursing, and healthcare assistants did not have any formal training in eating disorders, despite Lois Bridges functioning as an eating disorder unit.”

Following the inspections, the commission ordered “the complete prohibition on the admission of seriously physically unwell residents”. It said it would continue to “closely monitor the service’s improvement plans”.

Lois Bridges director of services Lilly Molloy told The Irish Times that the stipulations of the Mental Health Commission had been adhered to since January 1st.